Fluke Calibration 5500A and later 5520A, 5522A models are bread and butter of nearly every electrical calibration laboratory. These instruments are used to perform adjustments and calibration of all the typical field instruments, such as handheld and basic benchtop instruments.

Top tier metrology applications are usually use higher end series, such as modern 5730A or older (now out of support) models 5720A, 5700A. 5730A is essentially improved 5720A with new shiny LCD-based front panel and revamped GUI. 5790B AC Voltage Standard is also refreshed version of old but still capable 5790A.

5730A with refreshed UI was released back in October 2015, good seven years ago. But 5520A remained unchanged until now. Thanks to power of web and some clever marketing at Fluke we can find this teaser page. I’d wish more companies do such teases of the new upcoming instruments to cheer up discussions among metrology nuts :)

Fluke had few demo’s of new 5560A in exhibitions, where could get some more information: 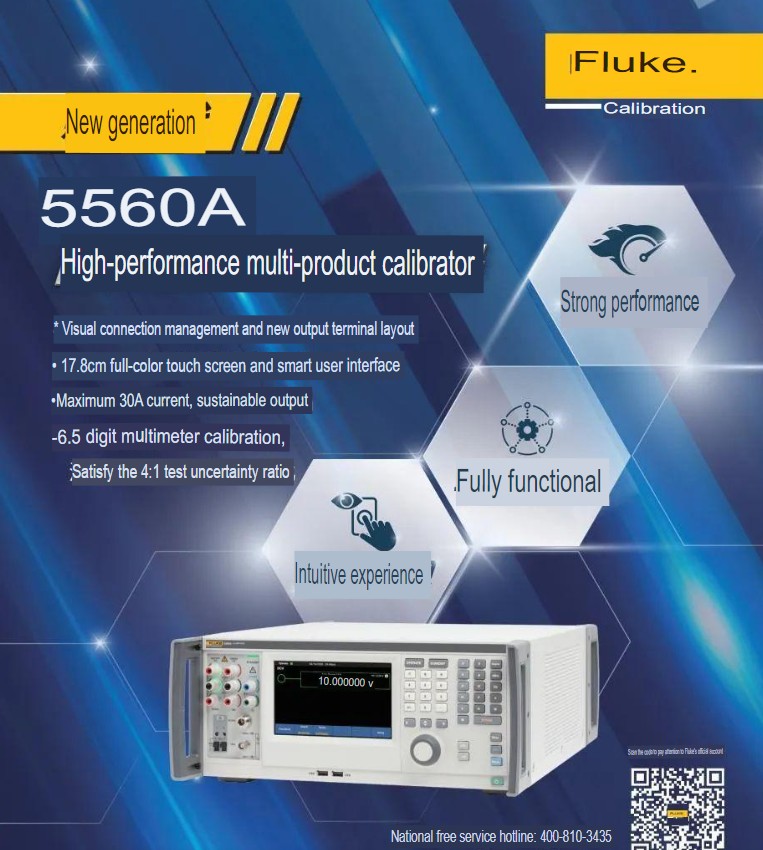 Buzz page says launching Autumn 2022. Winter is here already and hopefully we will have full specifications and datasheets on official Fluke website soon enough. In fact, few of distributors already started spilling information, such as one here.

Among major items that newer 5540/5550/5560A series bring are capability to source simulated inductance (for 5560A only) and new ultra-linear ADC. Per brochure new ADC “enables the 5560A, 5550A and 5540A to achieve performance specifications that were not possible in the 5522A and 5502A, allowing you to calibrate a more accurate and demanding workload”.

In fact we can already access some information in patent US11316528B2 about new PWMDAC, likely used in these new instruments. I’d love to see linearity performance test results and tear-down photos of REFDAC board used in this 5560A now. 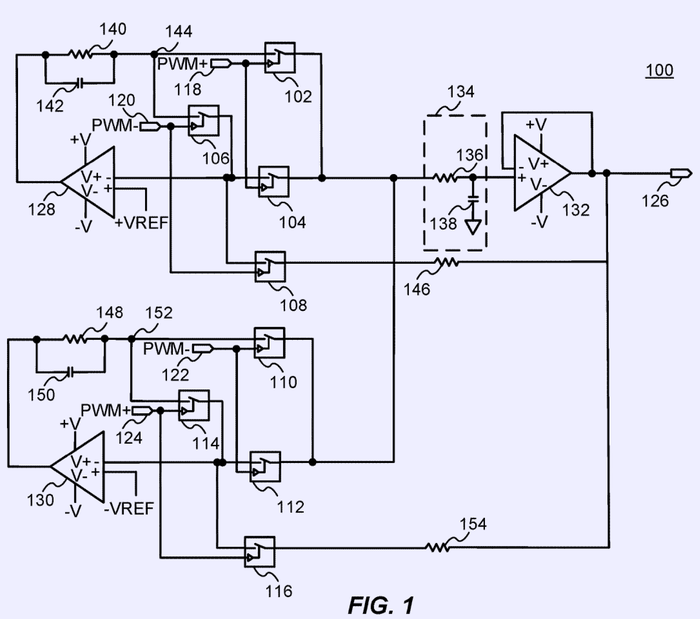 There is also new fancy looking cable harness adapter for output terminals on 5560A. It is also patented under US11398707B2 just early this year. Probably cost another thousand on top of the unit, but it does look nice indeed. 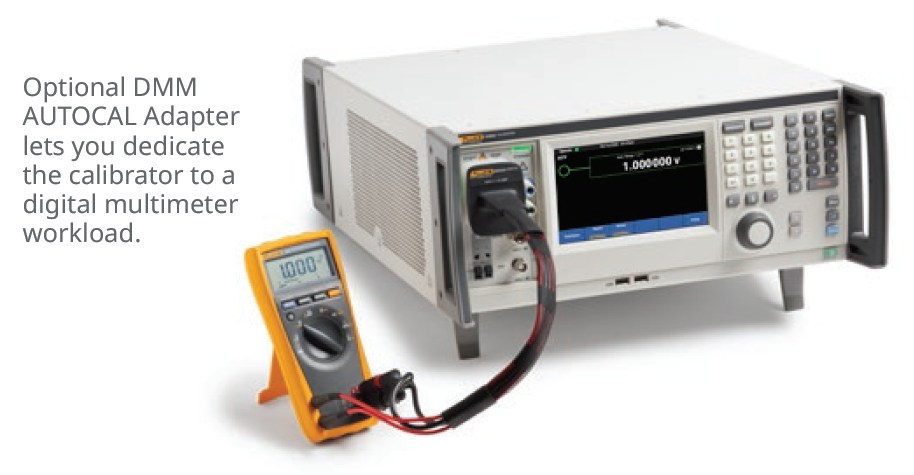 Front panel design is clean and well organized, with proper 5-way low thermal binding posts even on lower end 5540A model. Scope output is still additionally paid option, now available with frequency up to 2.1 GHz compared to only 1.1 GHz on older 5522A. 2.1GHz scope calibration was available before from (now discontinued) Fluke 5820A that shared similar platform to 55XX series. 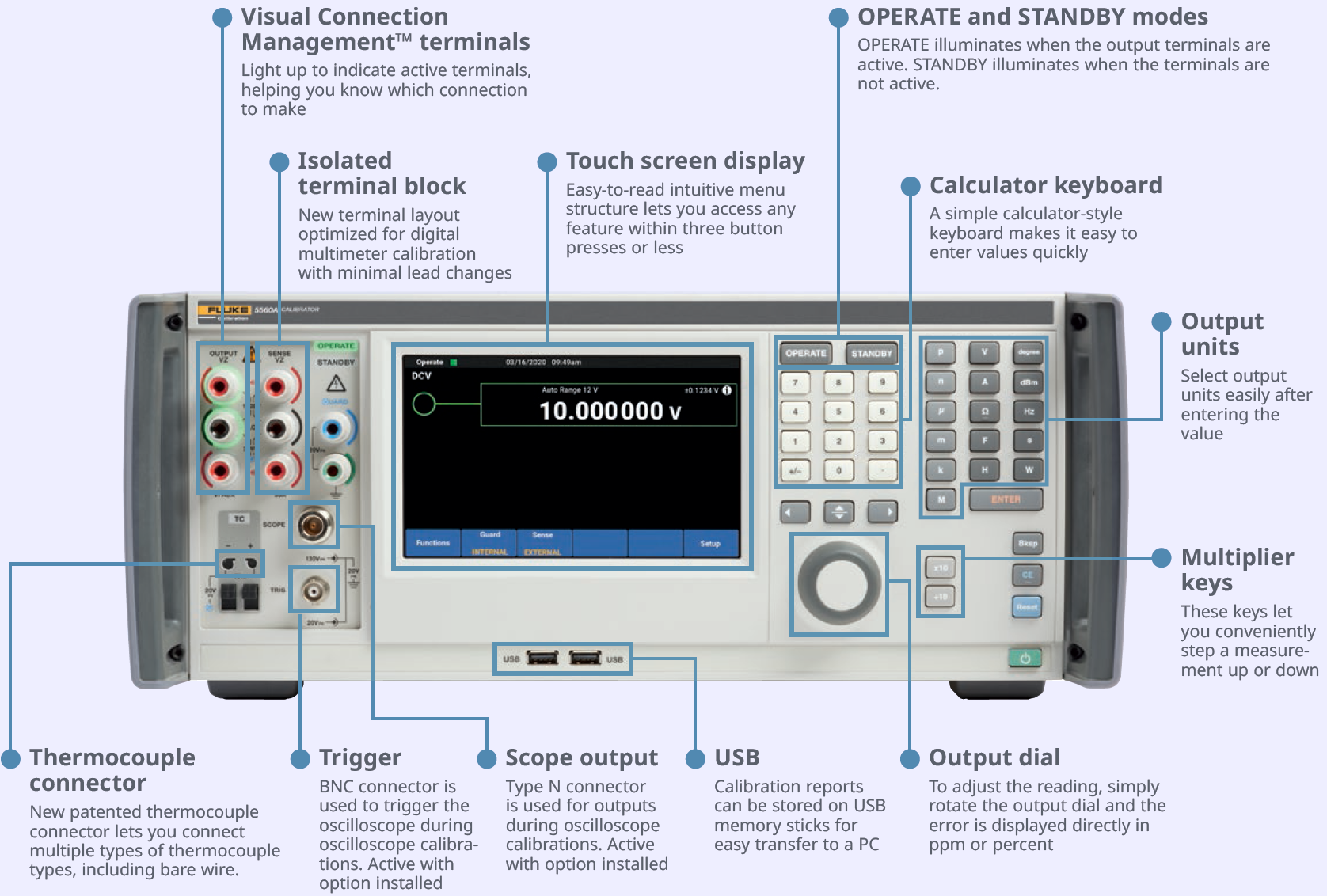 Price for these new instruments would be in range of existing 5520A series, which is around 40-60k $USD. 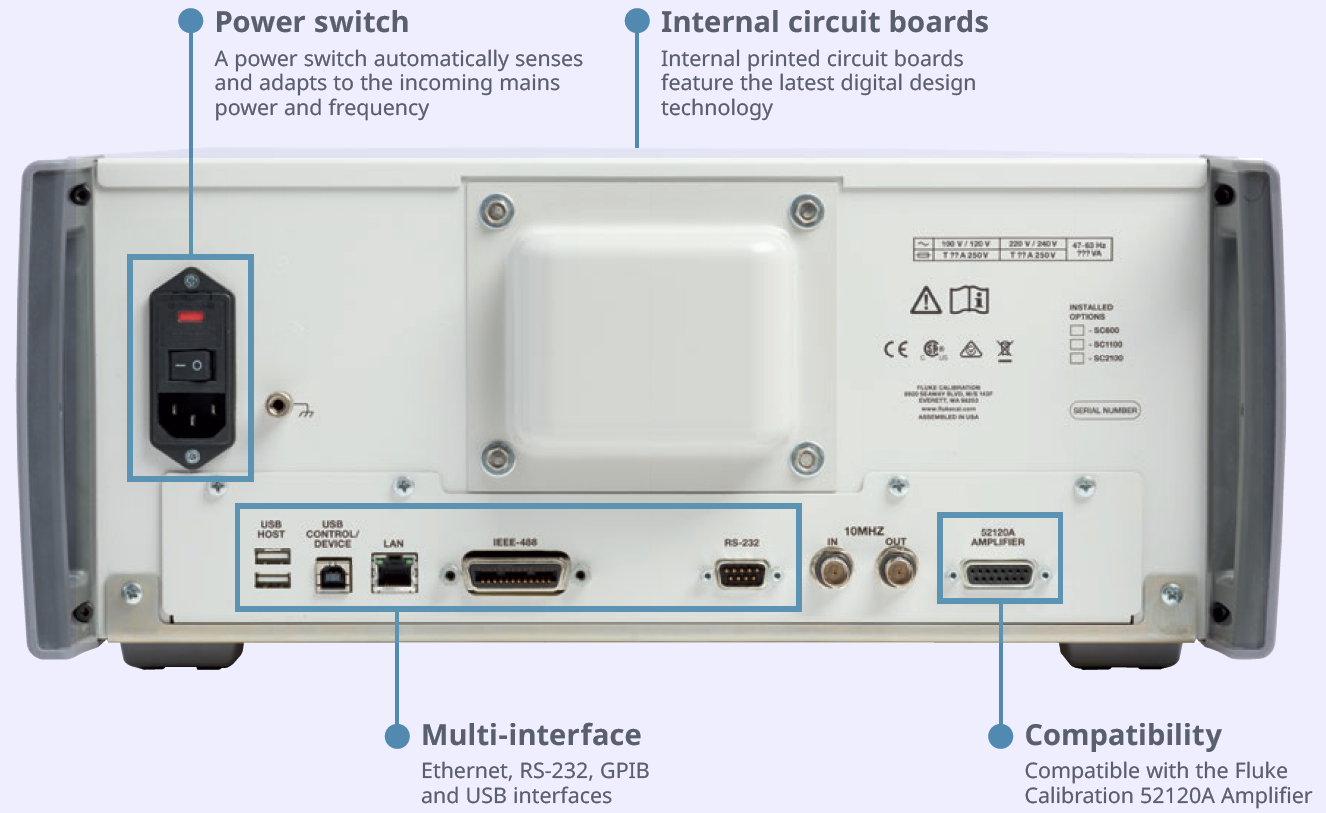