Computer performance enthusiasts and overclockers are always in pursuit of every extra bit of speed. This brings them to ways of improving thermal performance of system CPUs and GPUs. Most desktop processor have copper heatspreader plate (or IHS, integrated heat spreader) on the package, to protect fragile silicon die from damage and help spreading heatflow to larger surface. Past HEDT and server chips have indium metal as attachment interface between silicon and IHS. But cheaper desktop client CPUs (LGA115x socket) usually have thermal grease compound between die and IHS, which have increased heat transfer resistance.

As die sizes and transistor node sizes continue to go towards higher power density, since Haswell Core 4rd series generation overclockers were often replacing thermal interface between IHS and CPU to a better performing greases. As first step, CPU must have IHS physically removed, and this procedure is called “delidding”. Options from here are either replace existing thermal compound with superior TIM such as metal or diamond-infused paste or liquid metal type material. Then IHS is fixed back in place and CPU installed into system like usual.

More radical and more dangerous solution is to remove the heat spreader entirely and directly cool the naked CPU die with flat heatsink/block. This type of cooling method requires use of a die support plate to allow socket mechanism to lock CPU in socket, or use special plates to otherwise keep CPU locked. Quick search on internet can find you solutions to do this.

Prior to Intel’s Core i7-7xxx launch in 2017, all HEDT CPUs were using indium attach between the die and processor, because these processors usually have large dies and directly derived from server segment. However how all Core-X 7th generation CPUs are using thermal grease. This is easier for manufacture, as silicon die and IHS does not require special gold-nickel plating to allow indium contact. But drawback is higher (sometimes 10’s of °C, especially with overclocking involved) temperatures and worse processor performance.

And to allow easy delidding of these processor this article presents open-hardware design for the simple tool. HEDT processors are expensive, and it’s worth to minimize risk of damage, when removing IHS.

The tool works simply by securing the CPU substrate and slow shift of heat spreader across longer axis to break silicone glue between PCBA and IHS. Once this is done, IHS can be freely removed. By applying force only to IHS and keeping surfaces straight is key importance for safe procedure. 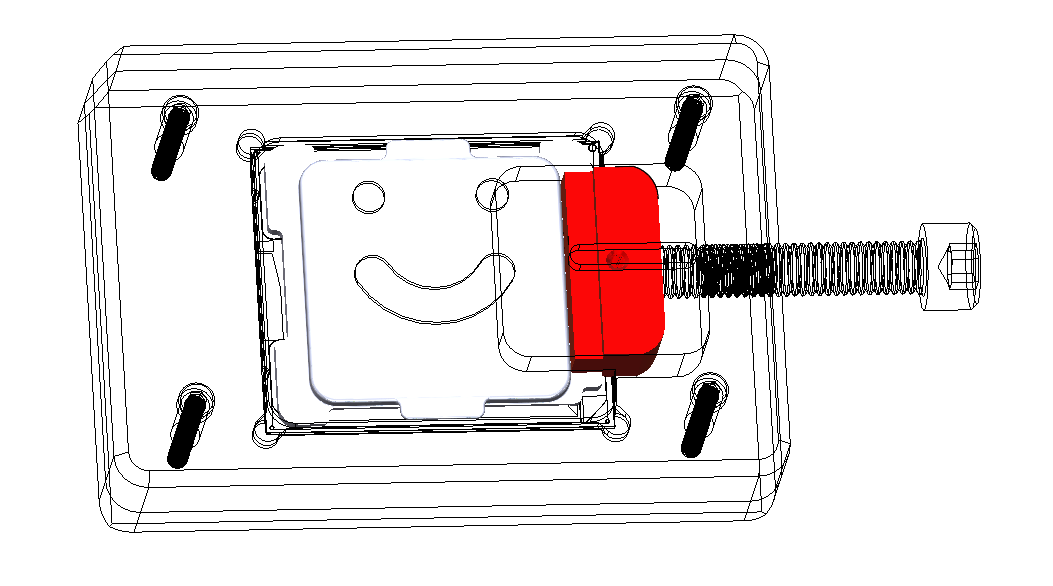 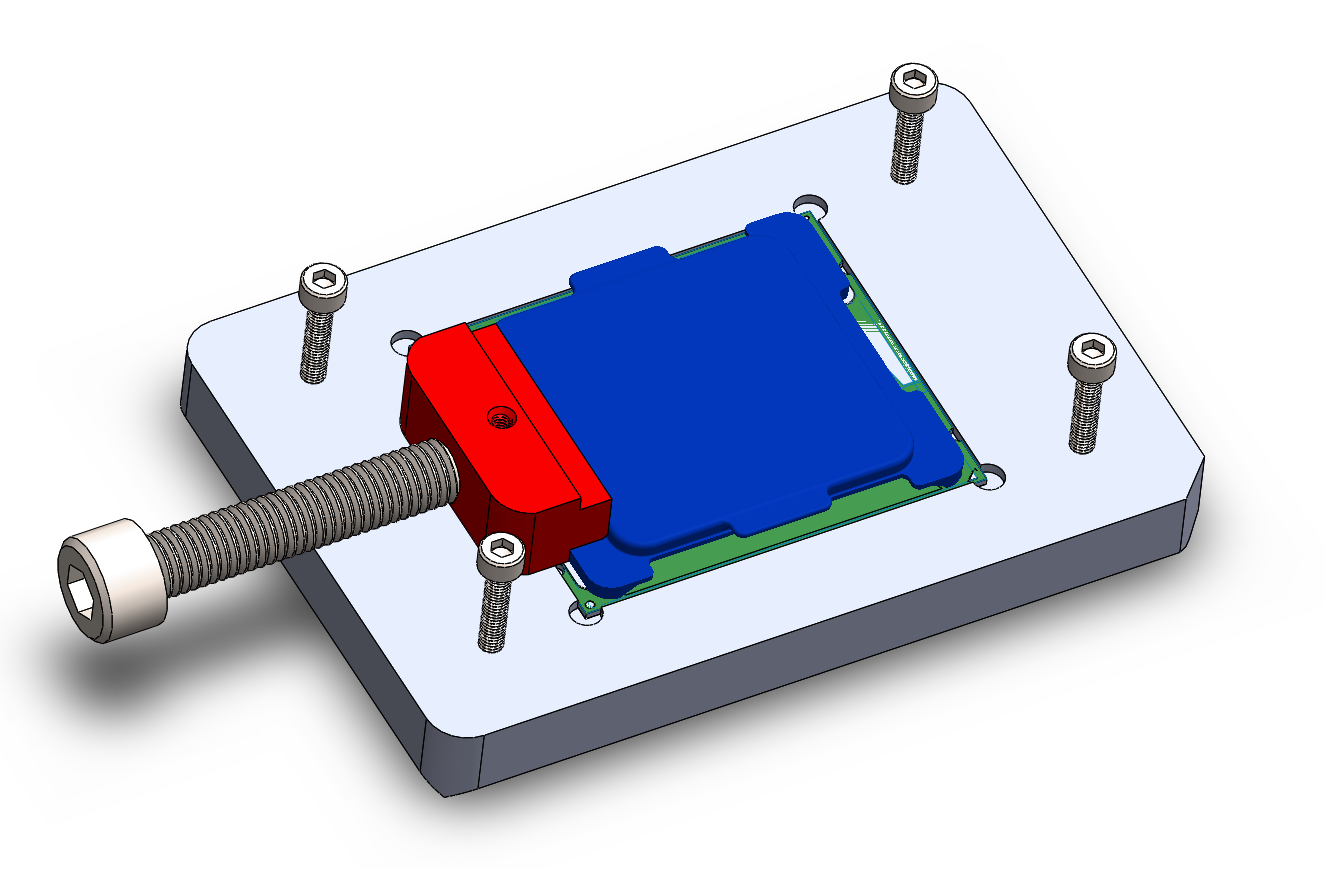 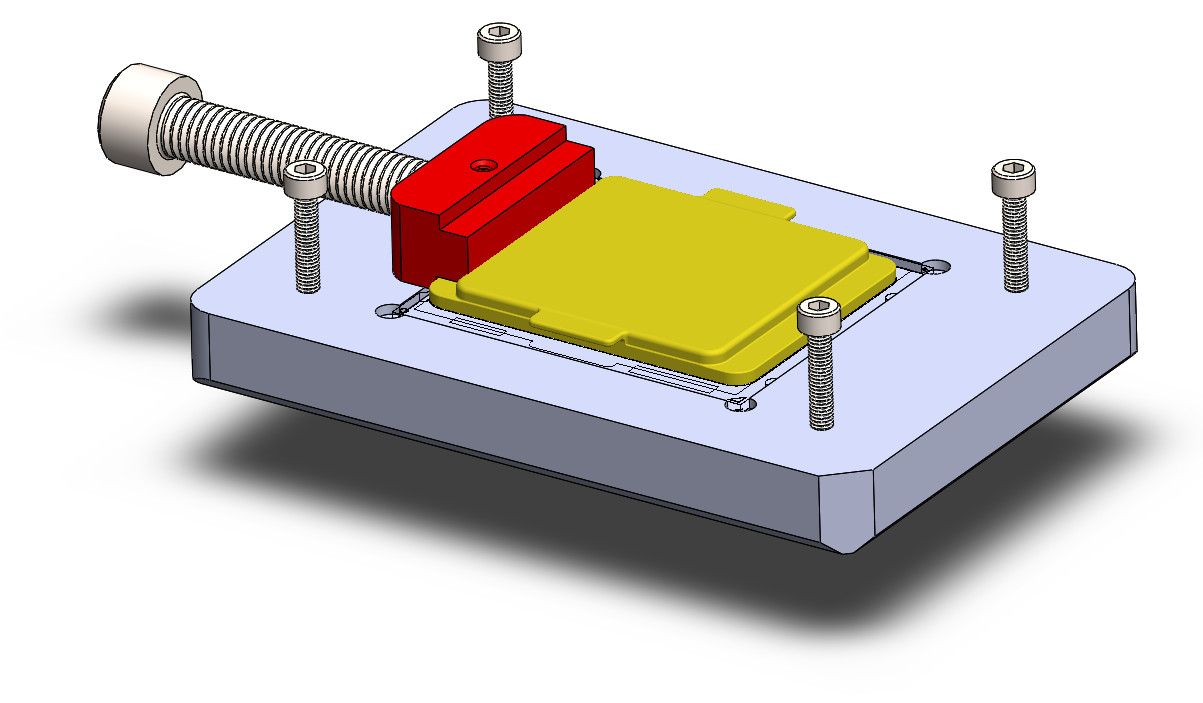 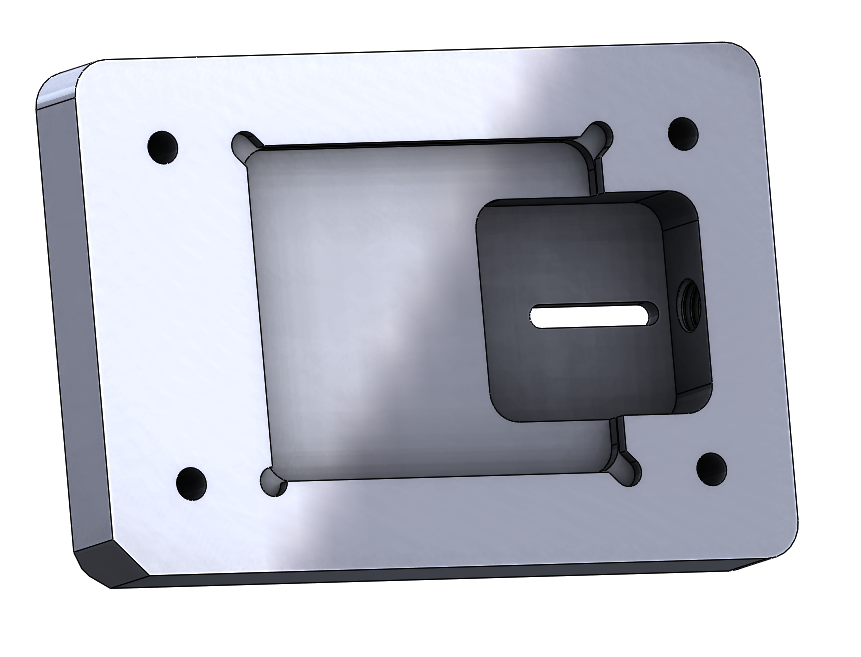 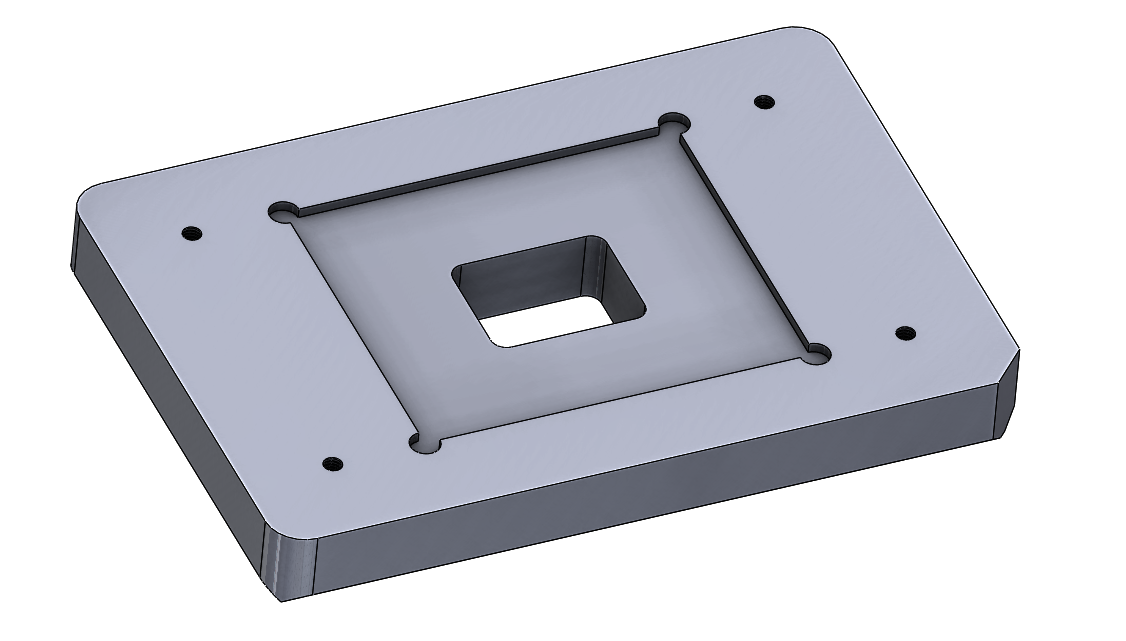 Being an open-hardware project, you have to find your local CNC-shop and order parts, using drawing/CAM files released below.

xDevs.com nor Kingpincooling.com does not have or sell ready to use parts or kits. Two sample kits were build to confirm and test function of the assembly before publishing files. Photo of the prototype presented below.

Do not attempt to use this delidder kit for older HEDT CPUs, such as Intel Core i7-6xxx series, or processor will be damaged. These processors use metal indium attach for IHS and do not require delidding.