Analysis of the Fluke 8846A custom laser-trimmed resistance networks

Some time ago, during sleep-less lurks on online auctions, lot of precision Fluke resistor networks was bought. Resistors are manufactured by Benchmark electronics. They happen to be ones used in Fluke 8845/8846A series DMMs, hermetically sealed laser-trimmed film networks, made by Fluke. These resistor networks type are widely used in metrology equipment from Fluke and other vendors, to ensure long-term stability and good thermal matching performance.

The only better design are specially manufactured wire-wound hermetic assembies and metal foil resistors, but to build network with more than few resistors would require tremendous efforts (reflected in price as result). 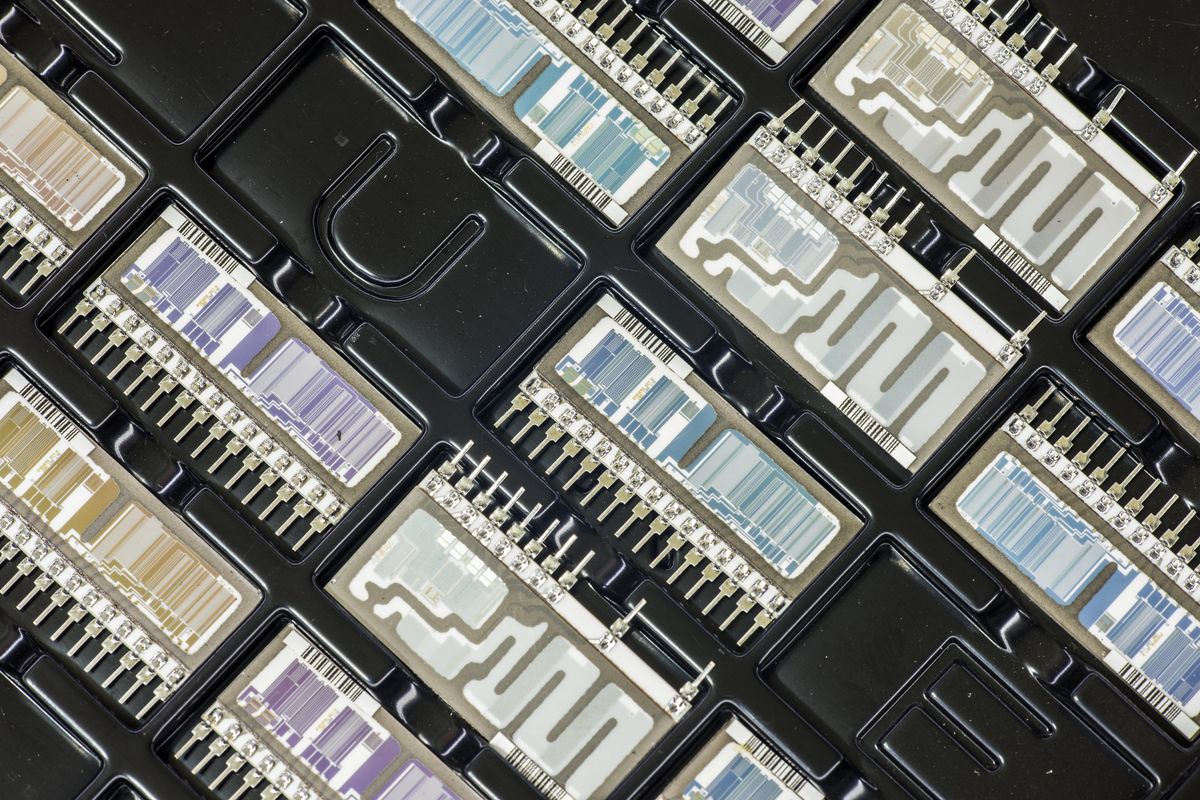 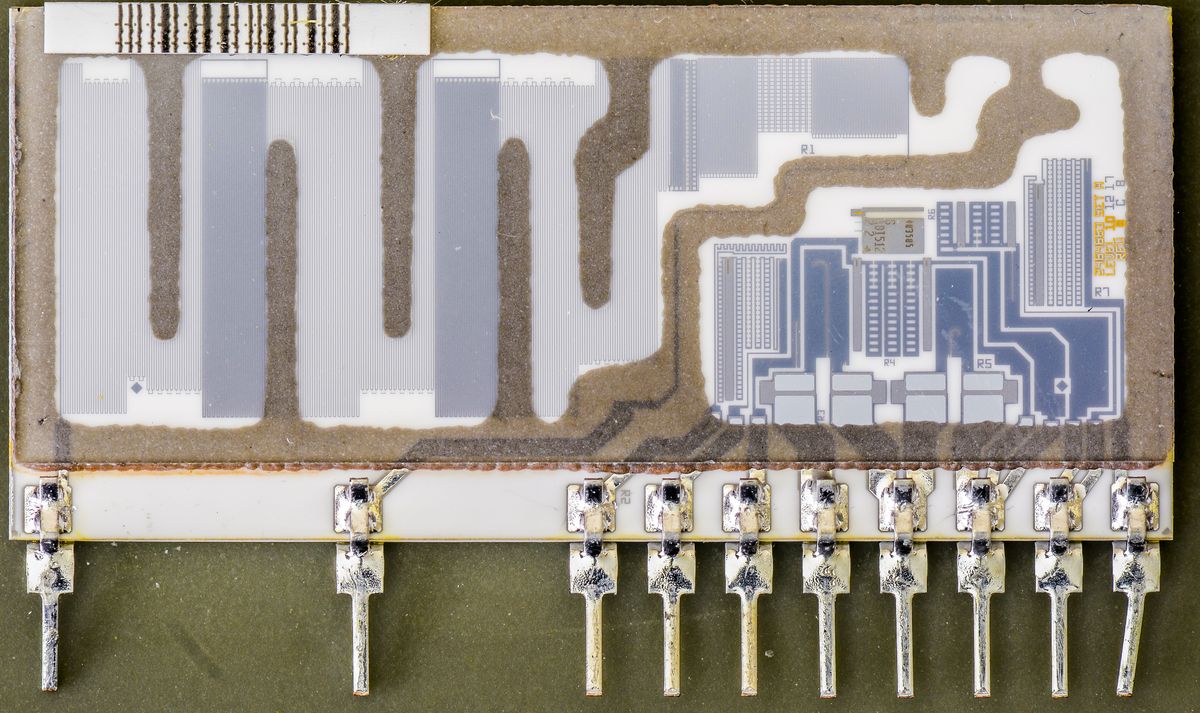 Fluke network P/N 2464674 is used in front end analog, to divide high-voltage ranges to acceptable ADC input levels and to provide scaling for some other functions of the meter. High-value 10 MΩ resistor clearly visible by large area of thin serpentine resistive material trace. Since there is no public schematics for Fluke 8846A DMM, we can only guess from the common sense of typical front-end analog design, used in other similar meters. 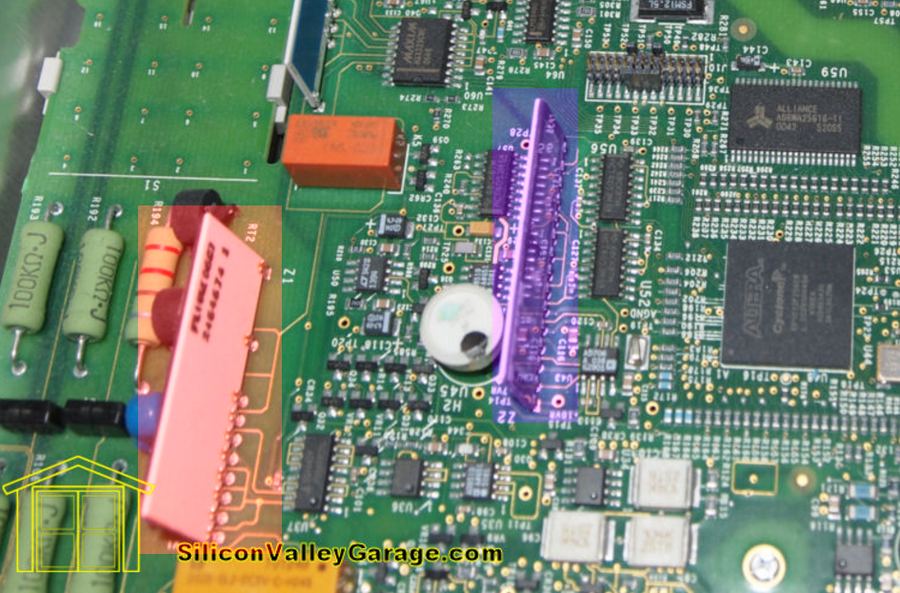 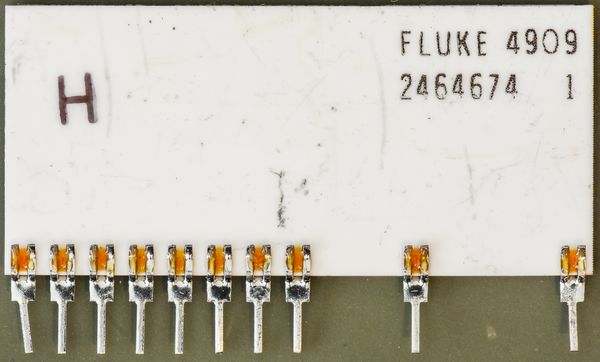 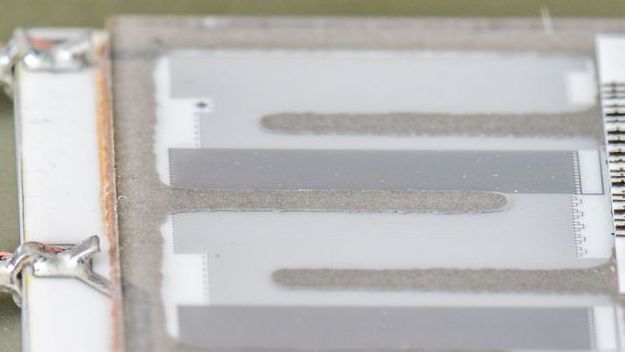 Next is hermetic resistor network used for LM399 DC voltage reference circuit to generate +10V output and provide other functions to meter circuits. 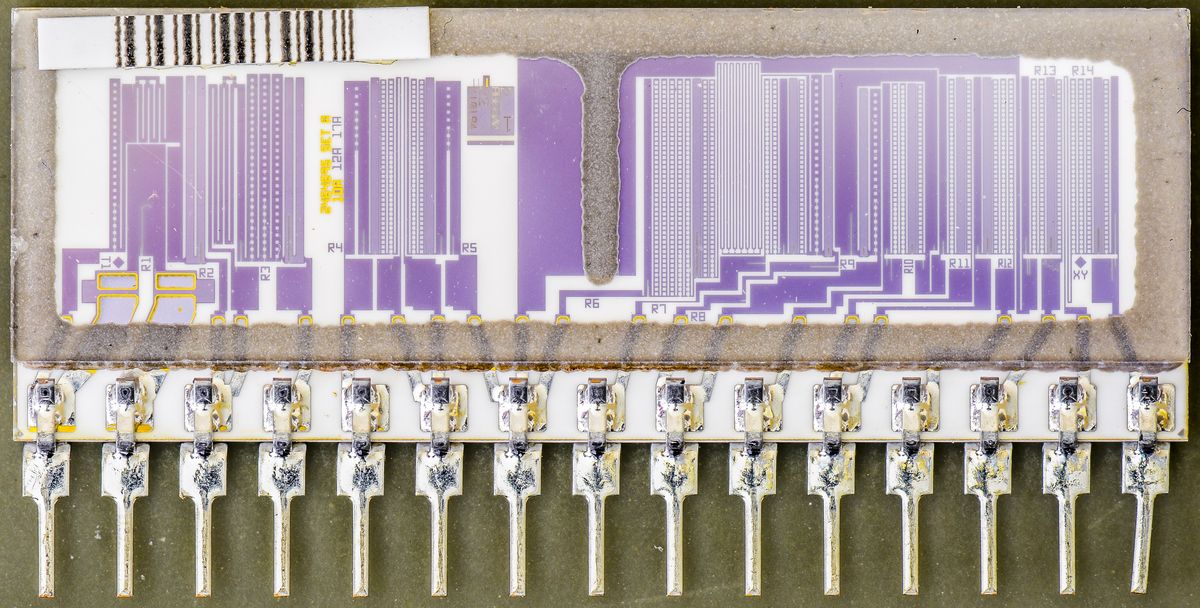 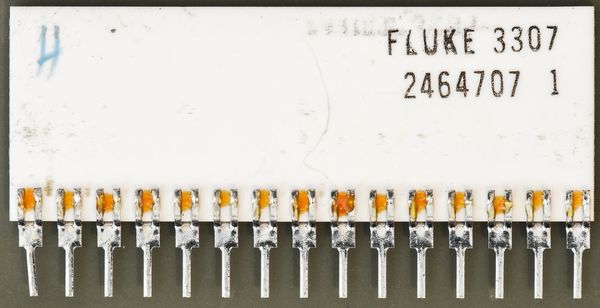 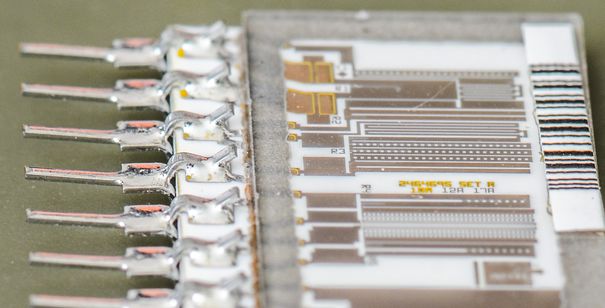 Some quick measurements for resistance across various pins: 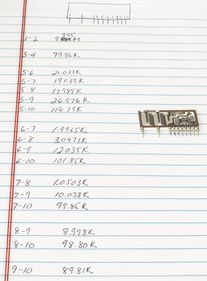 How we can analyze resistor layout and recover full schematics of both networks. David. L. Jones from EEVBlog did a very good video explaining how these resistors are designed and trimmed, on example of ones used in another 7½-digit precision DMM, Keithley DMM7510 (Model 2040).

Recovered schematics of both resistor networks. 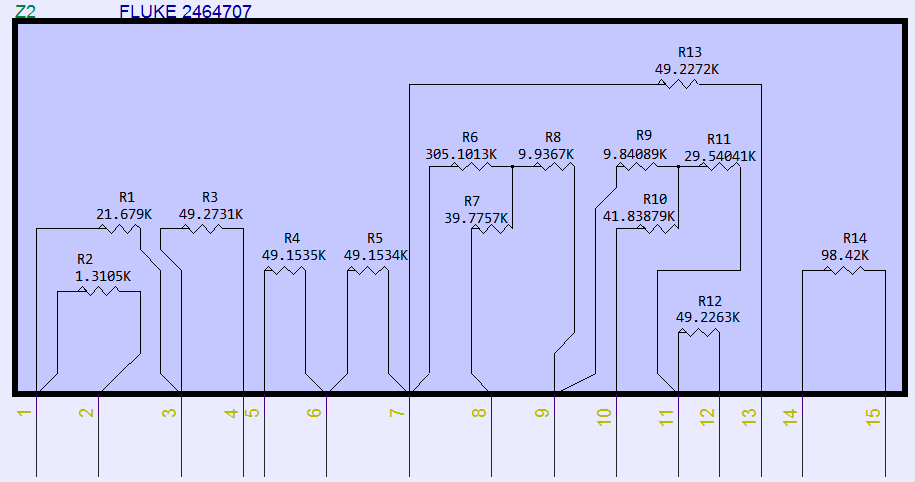 It is obvious how this resistor sections R1,R2,R3 are used to convert typical +6.95 VDC from LM399 buried zener output to +10 VDC voltage. 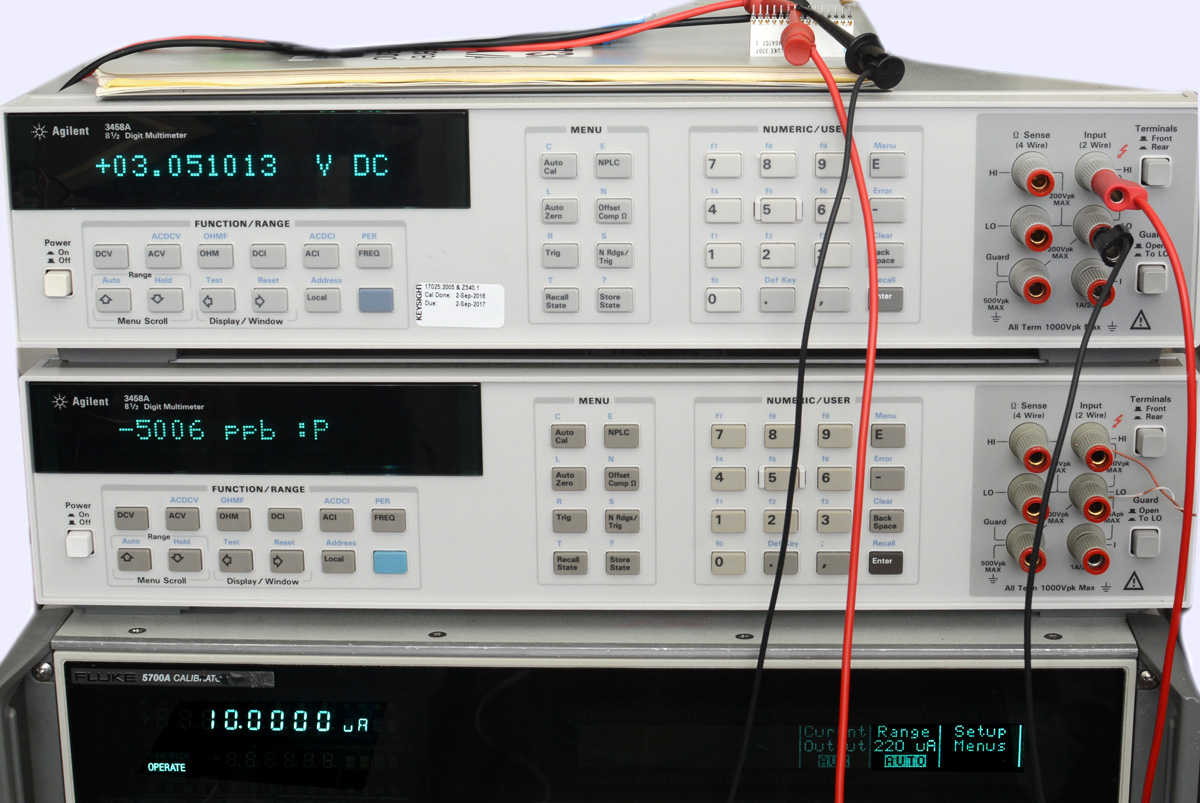