Repair and teardown of Tektronix TMDP0200 and THDP0100 probes 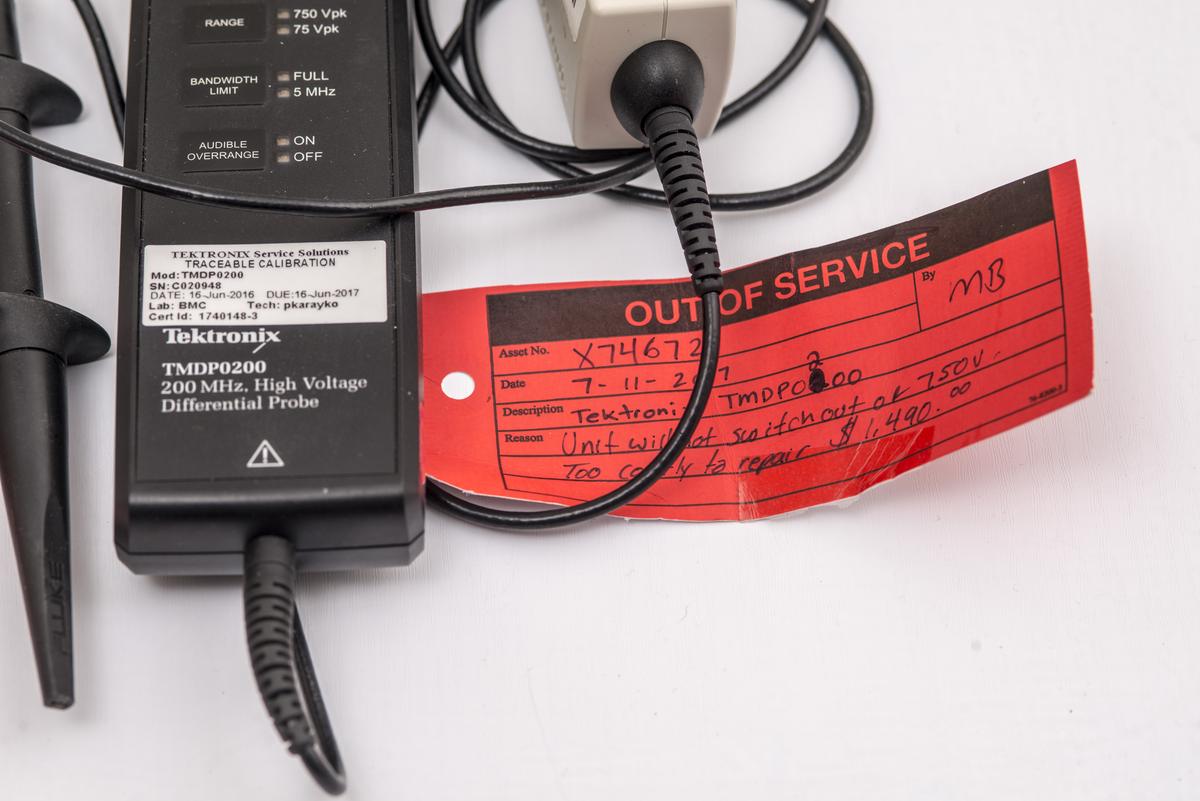 Probe had no physical damage from outside, did not have any accessory bundled with sale. Out of service tag with “unit will not switch out of 750V” was included in the bag.

However, after connecting to our Tektronix DPO7104C scope probe was correctly recognized and detected, and worked just fine. Easiest repair ever! :) 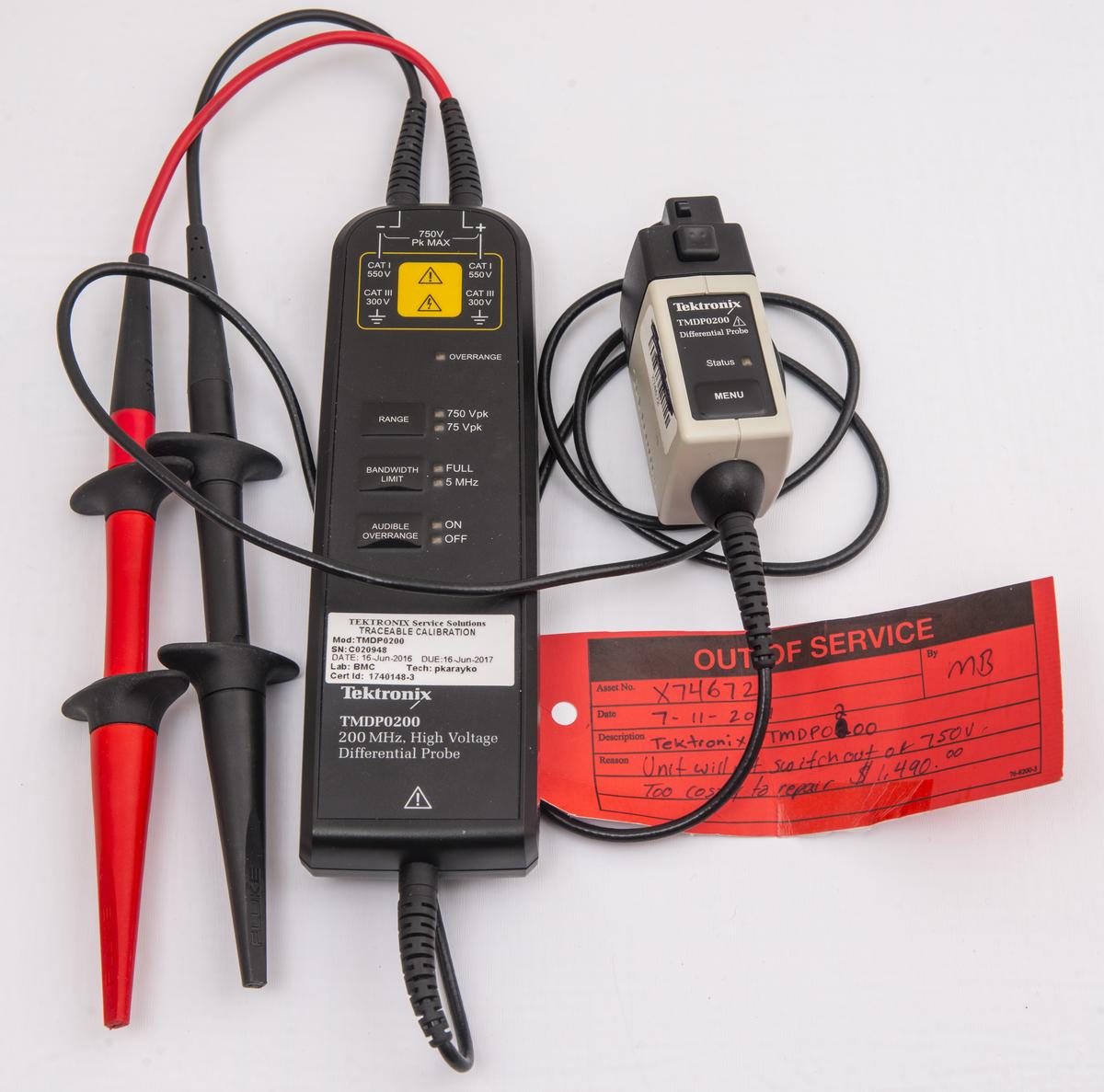 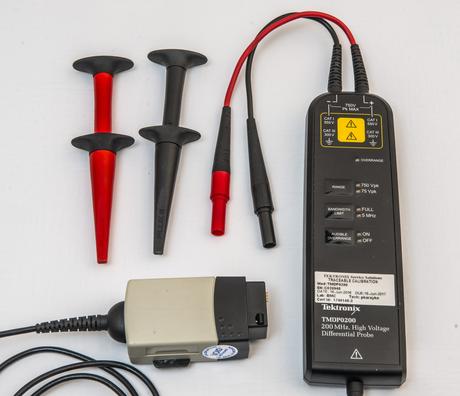 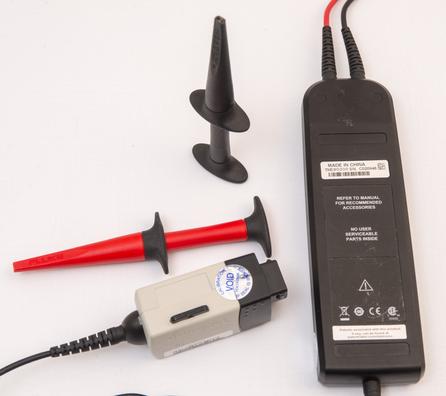 Probe has auxilary electronics in connector head, that plugs into TekVPI oscilloscope port. Actual probe high-voltage electronics and front-end is located in plastic enclosure body. There is custom 4-layer PCBAs, mounted with in internal aluminum shields.

Just like any other active Tektronix probe, this PCBA have “smarts” for probe detection/control and power supplies for active amplifiers/compensation. 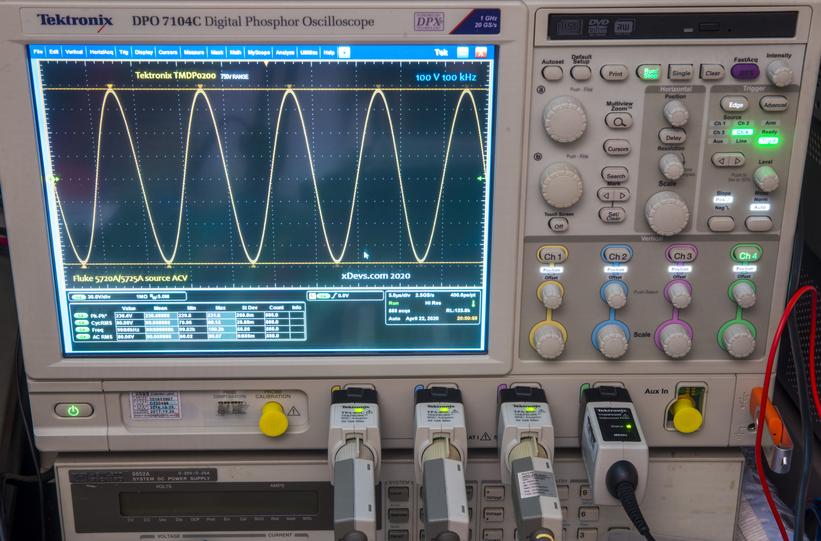 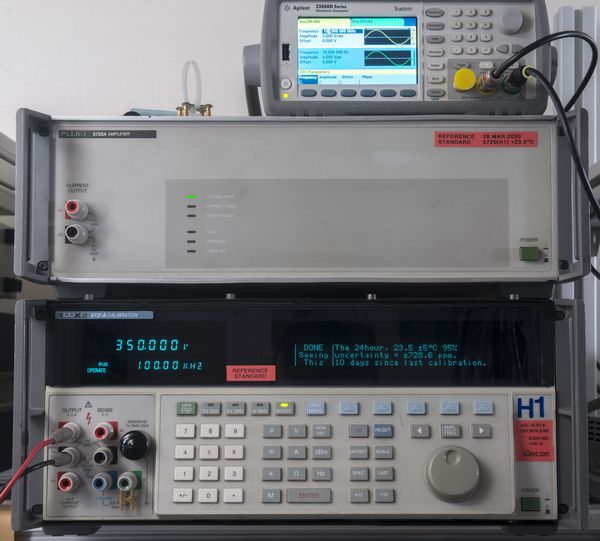 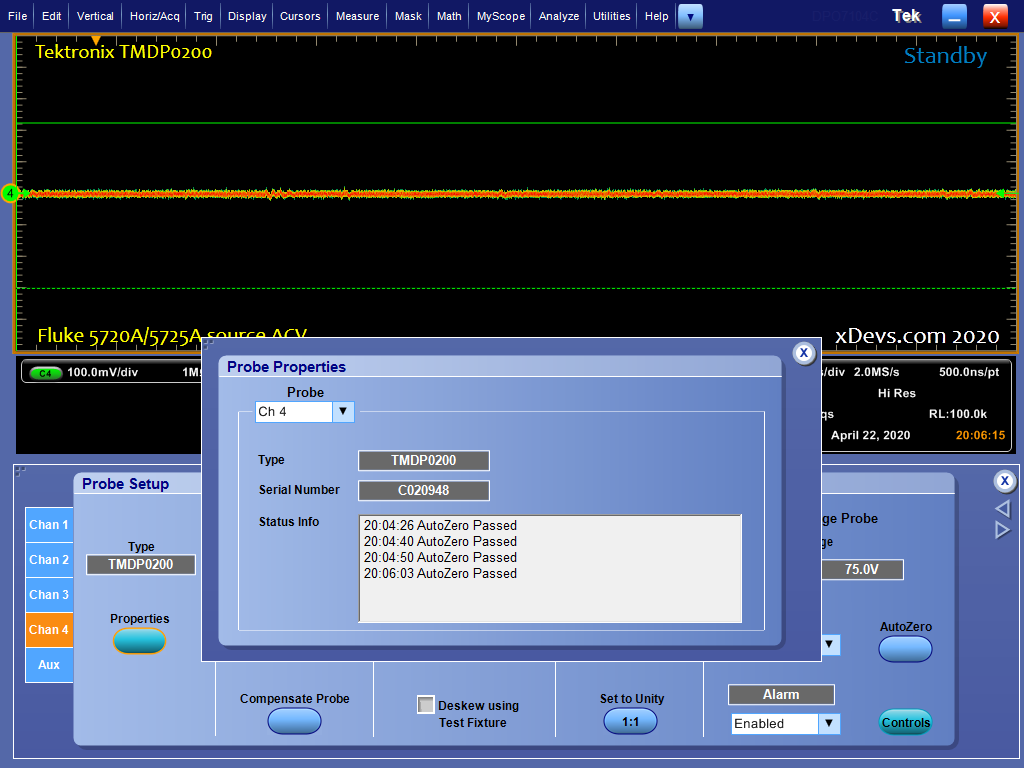 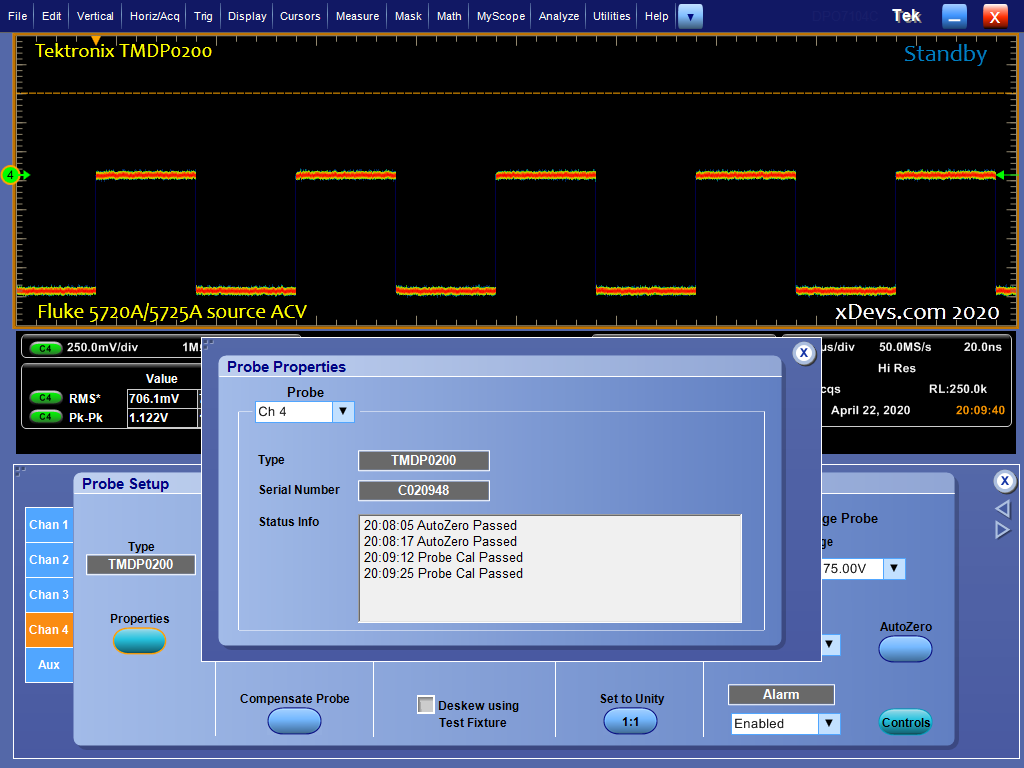 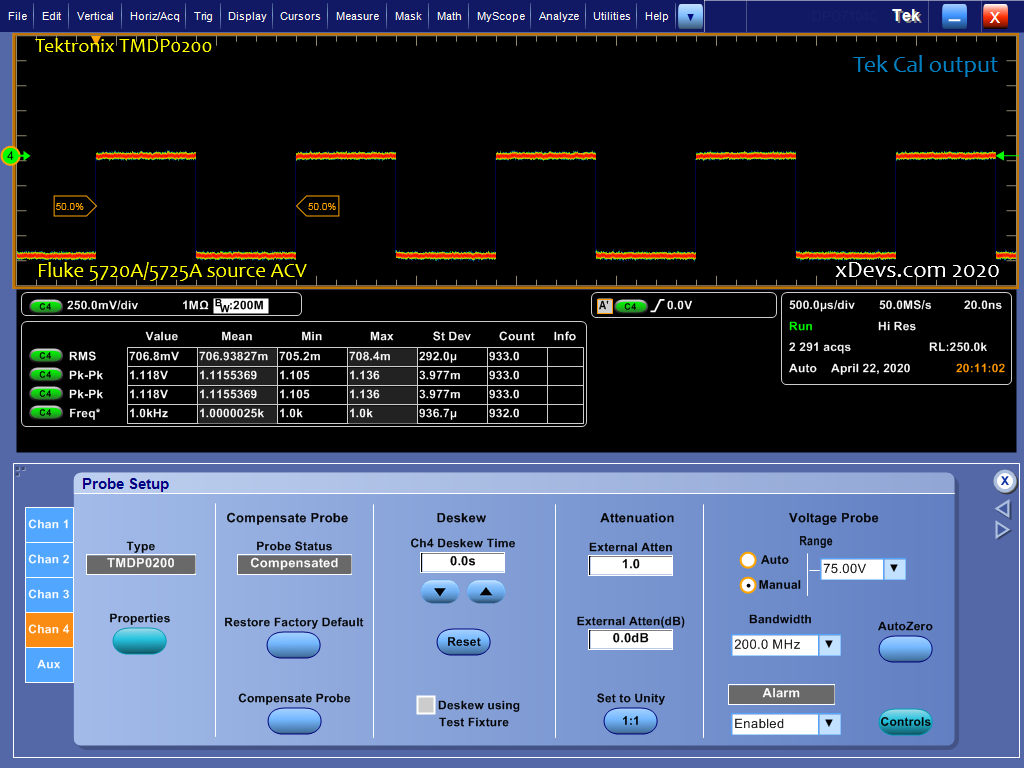 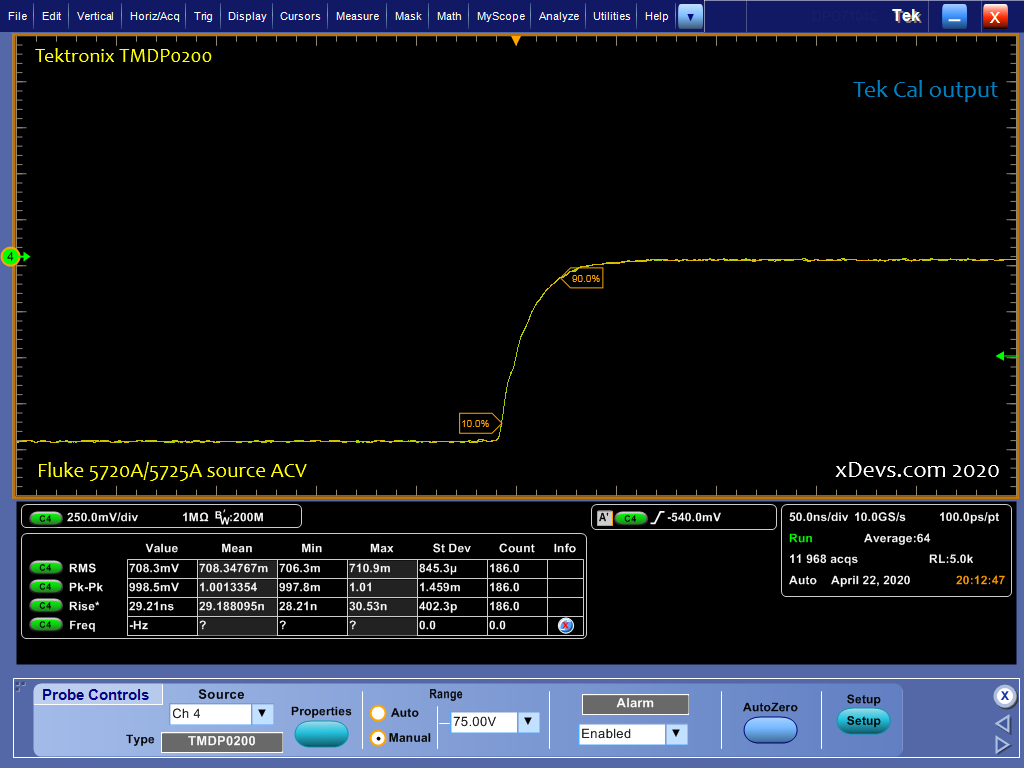 Some result files and reports:

This probe is more interesting, as it’s rated for voltages up to 6kV. I’ve bought this probe as broken/for parts. MSRP for the new Tek THDP0100 is around $3620 USD.

I got just the main probe “body” without the actual coax cable and TekVPI interface head that plugs into oscilloscope. To replace the head I’ve bought one of those ebay active TekVPI “probes” with cut cable.

But it was from another probe and not THDP0100, so microcontroller inside TekVPI assembly that responsible for ID needed correct firmware. Lucky for us, Tektronix left manufacturing ISP connector available on the probe PCB. 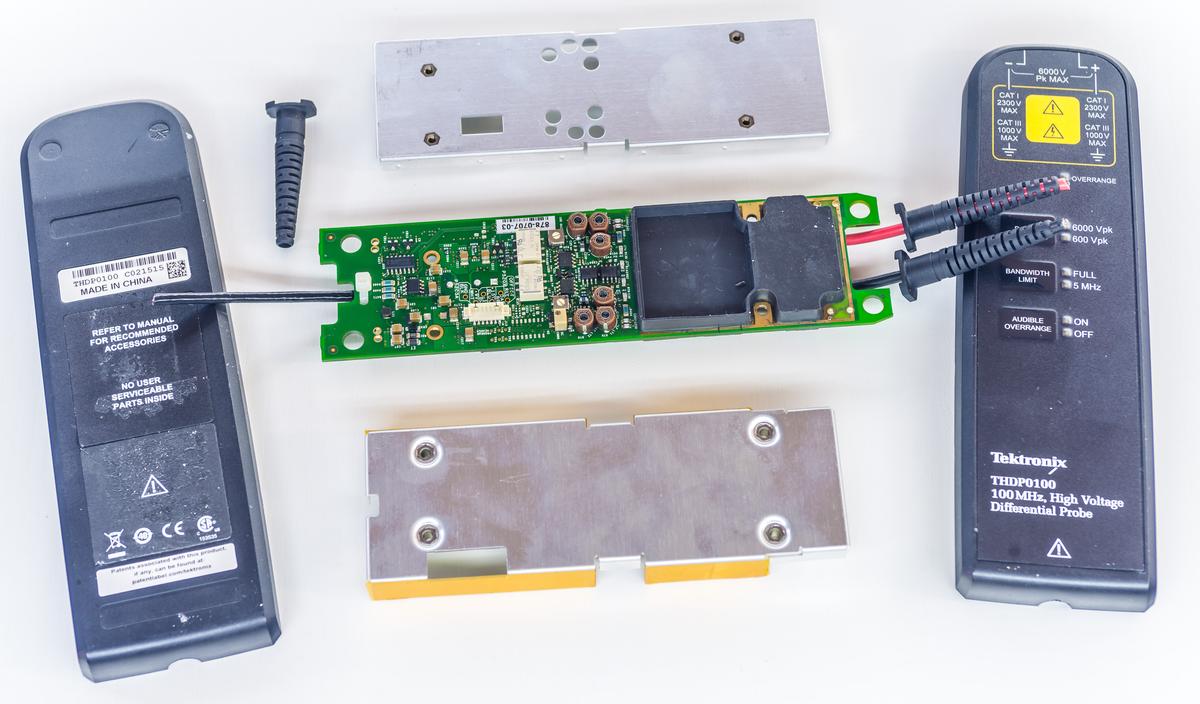 To make this probe functional again, or at least test it I’ll need to restore the head part that plugs into scope. 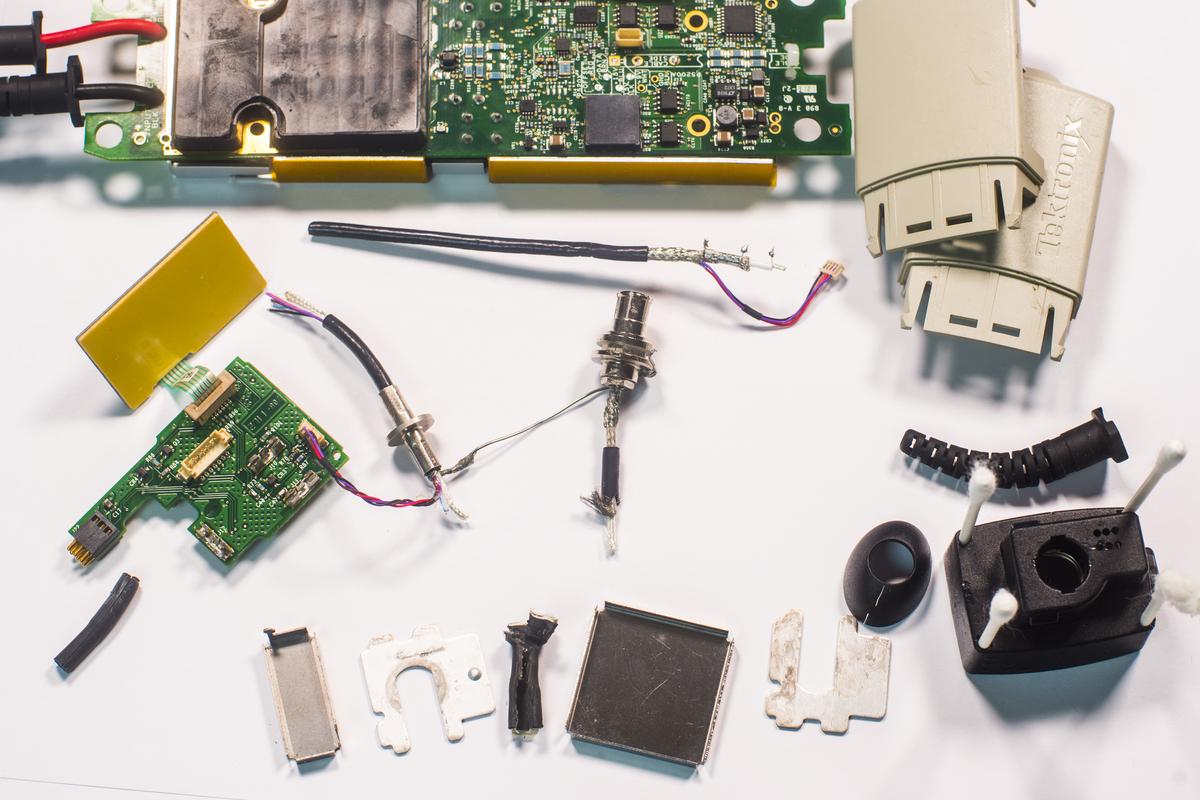 This was done by acquiring cut off head part from similar TMDP200 probe from secondary market. 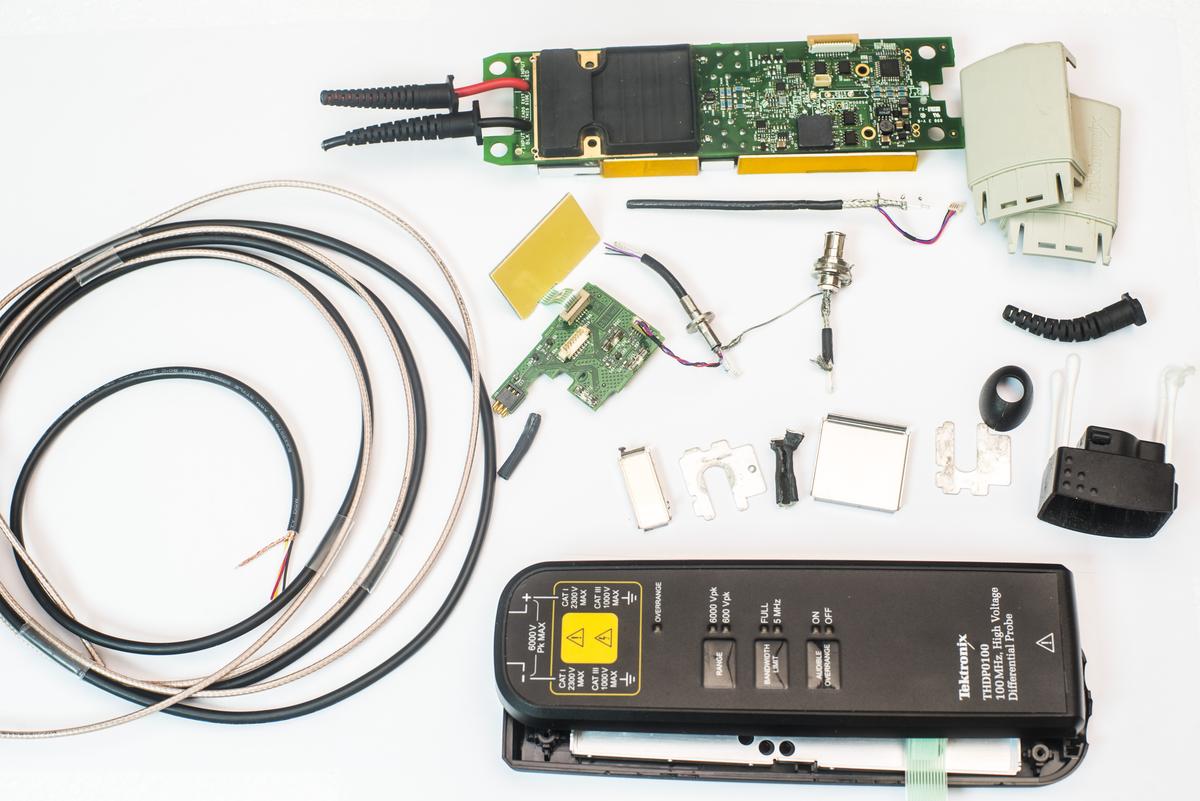 There is single multi-layer PCB with AVR ATmega8 microcontroller for identification and control interfaces between scope and probe body. Connection between scope input BNC and probe is done using 50 Ω coaxial cable. 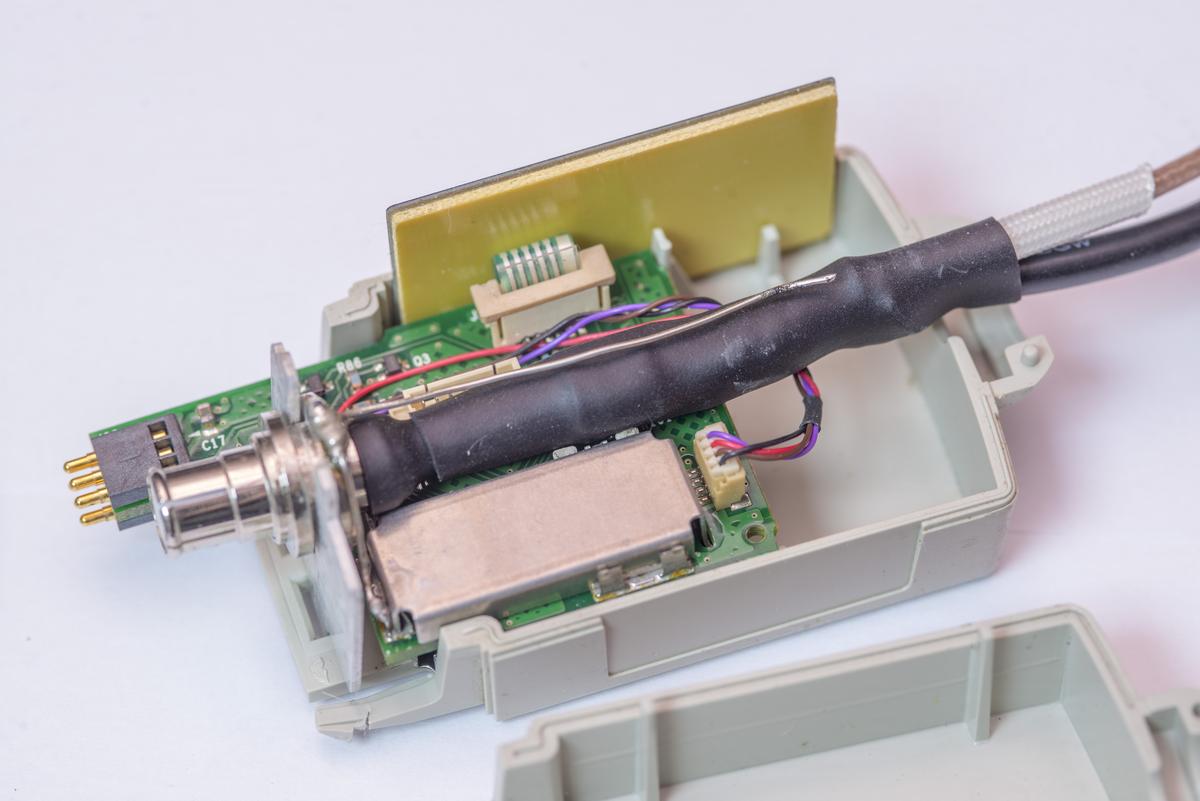 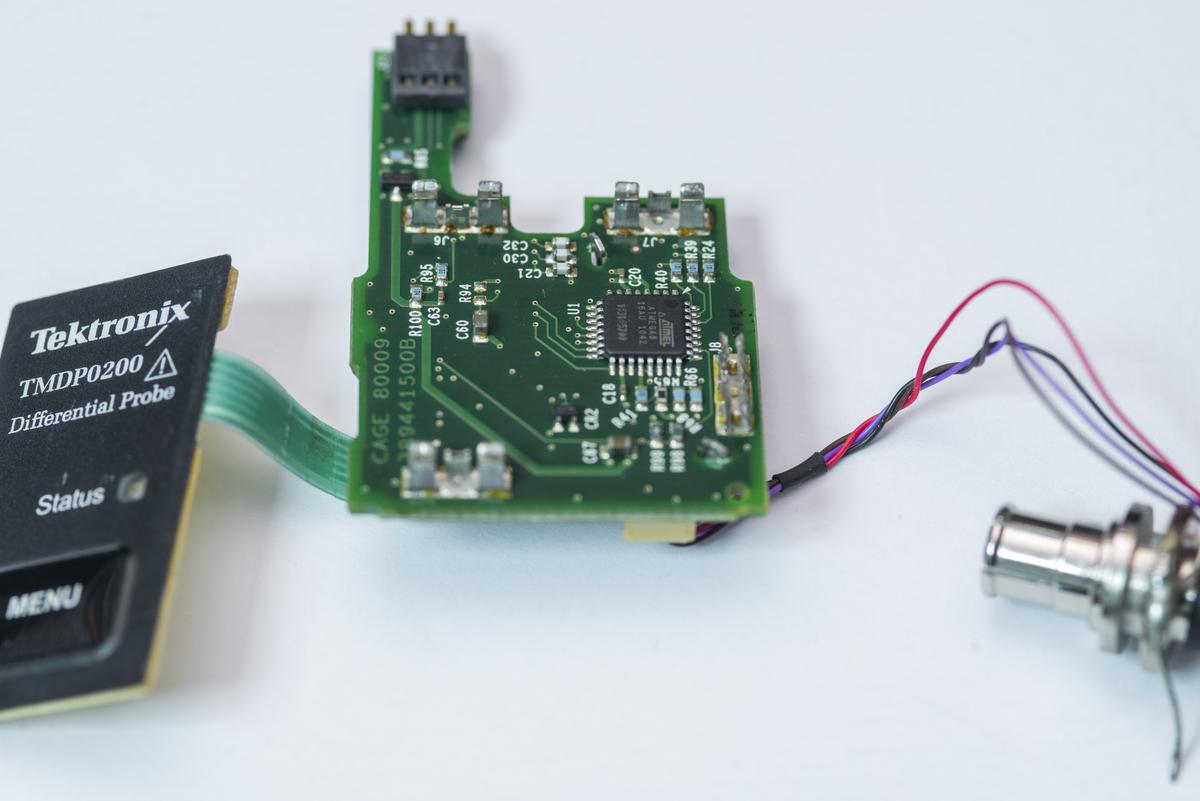 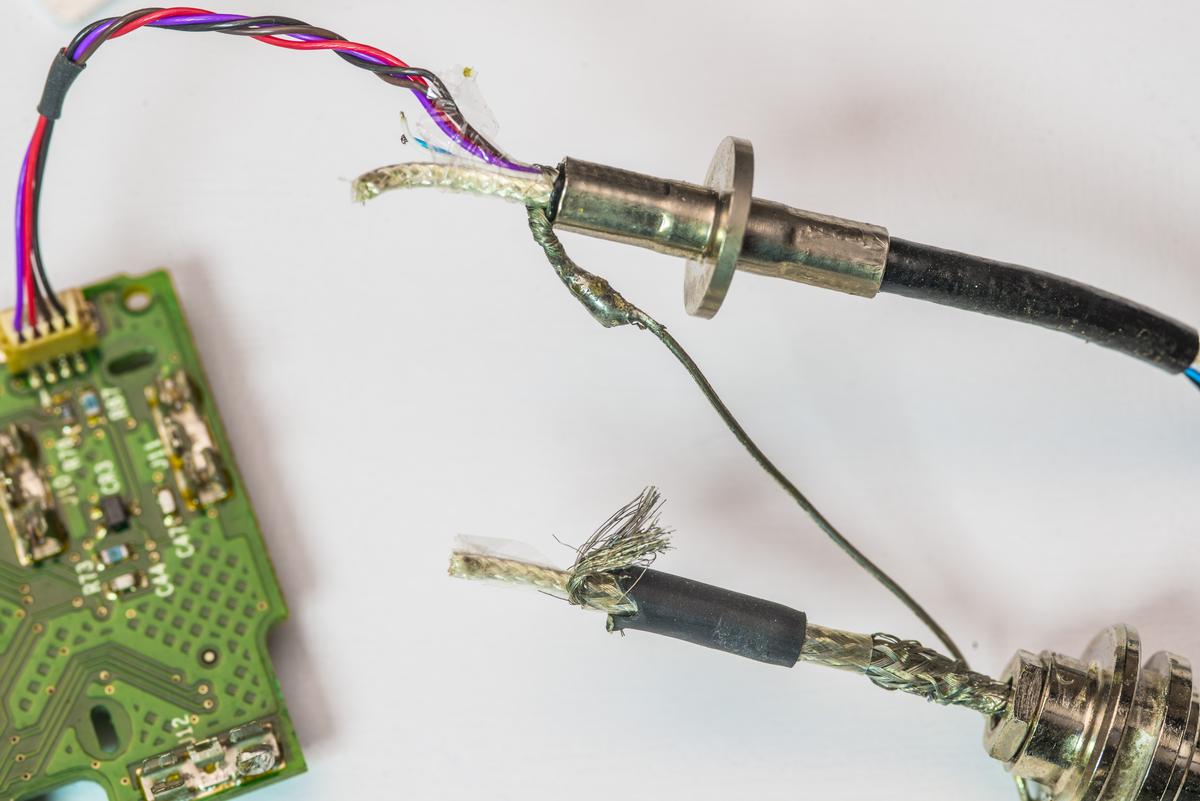 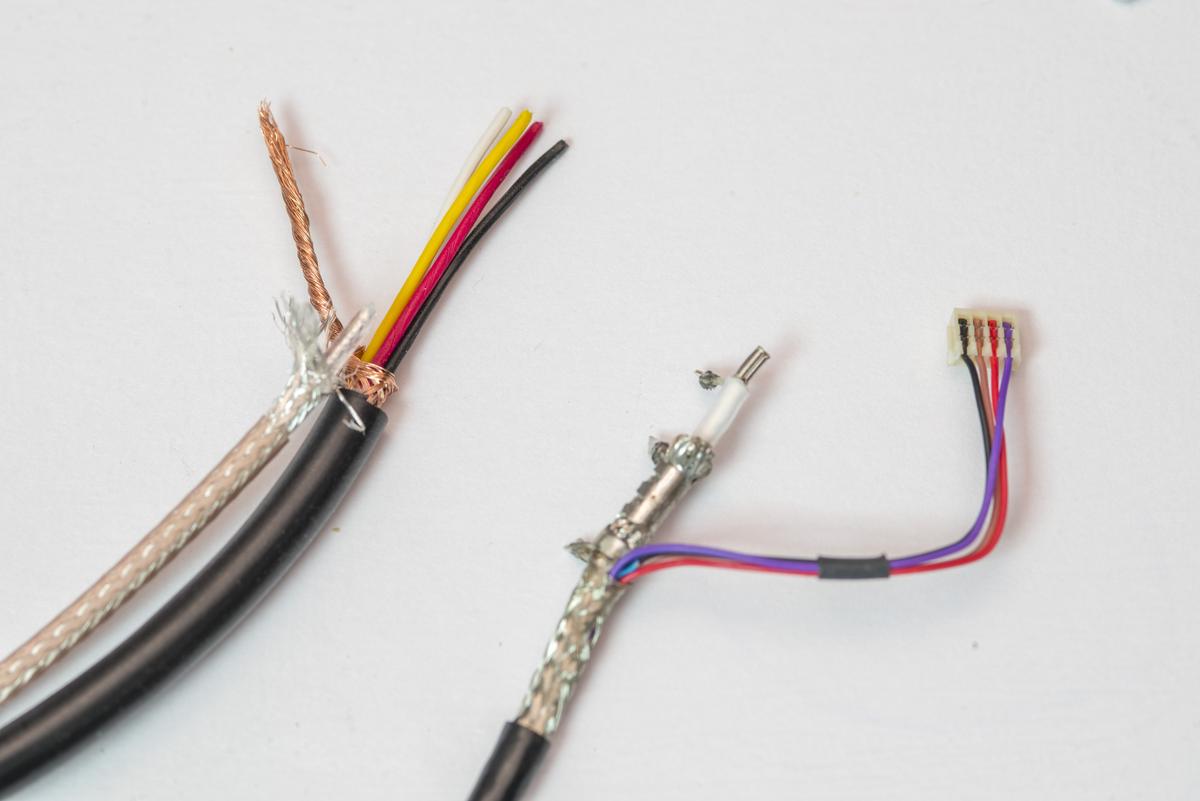 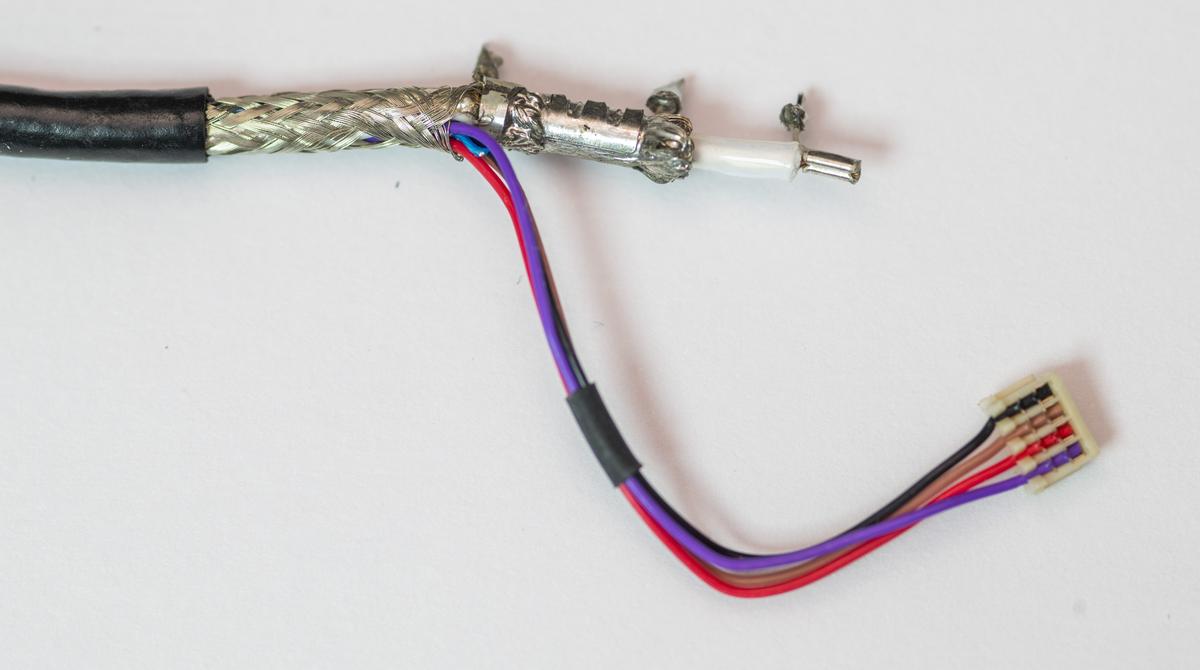 PCB in head has not much else to it, but notably J3 available for programming of the microcontroller. More on this below in this article. 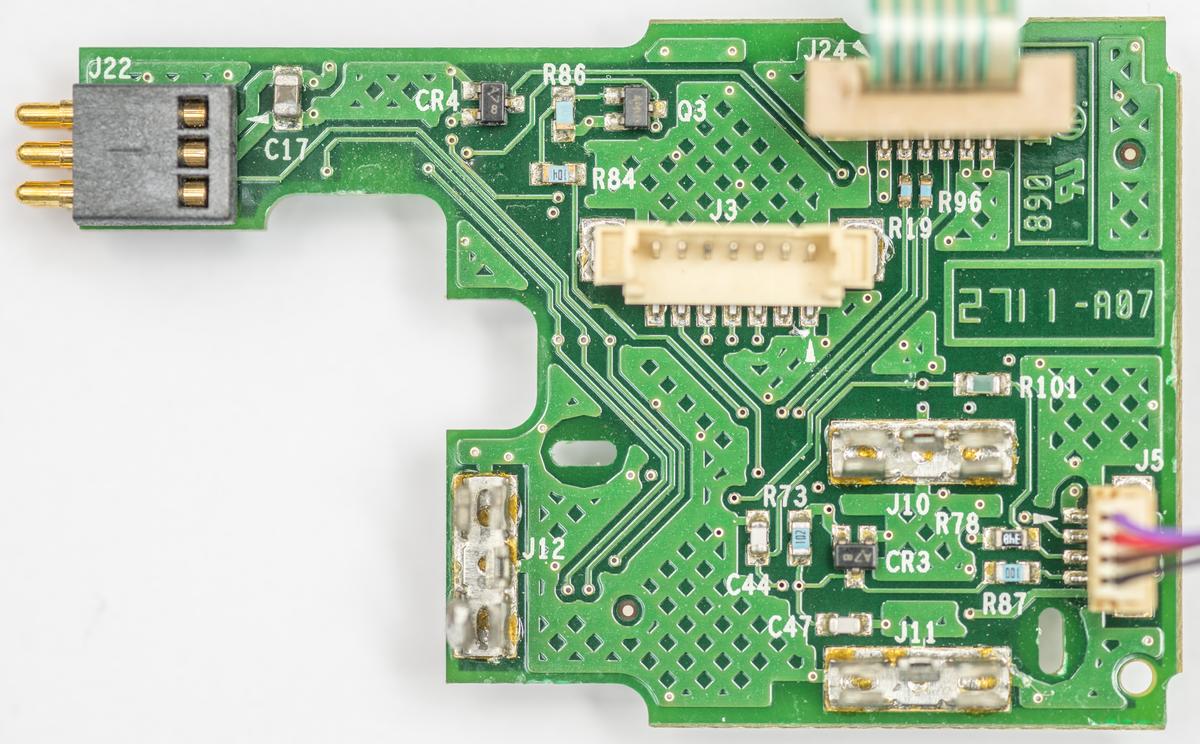 Restored connections at the body: 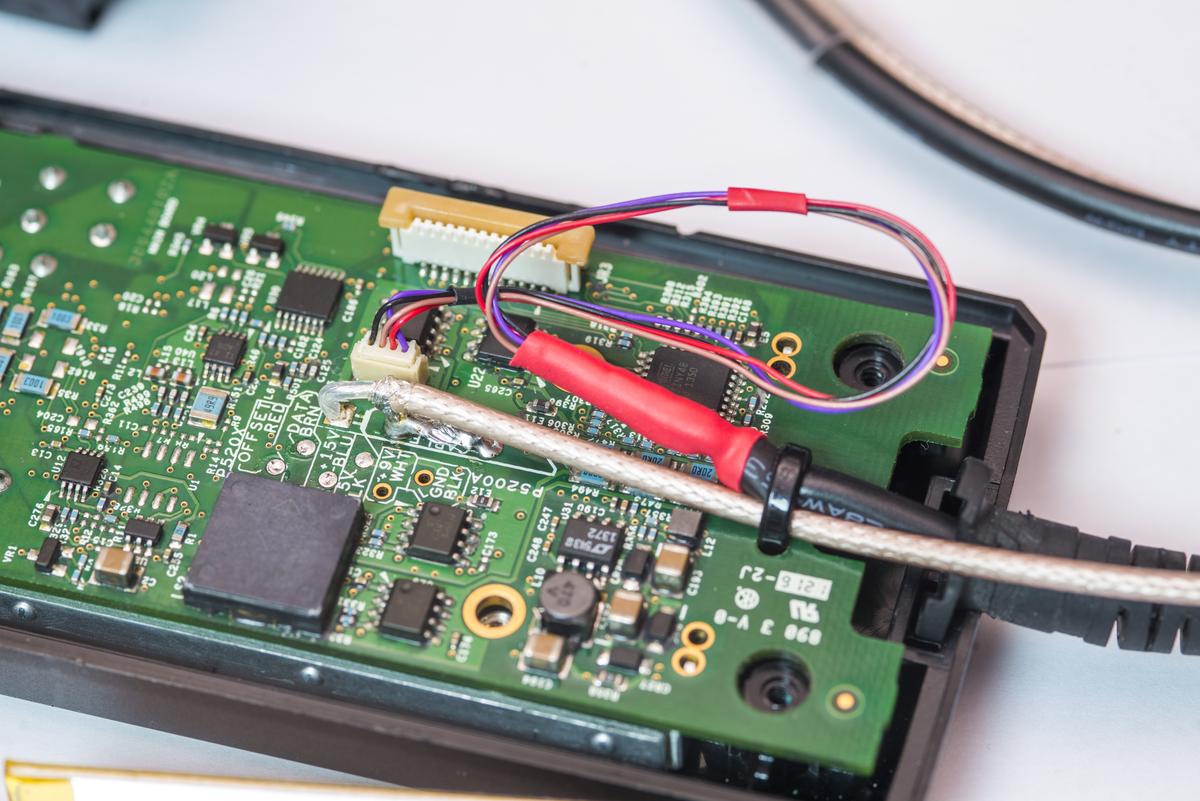 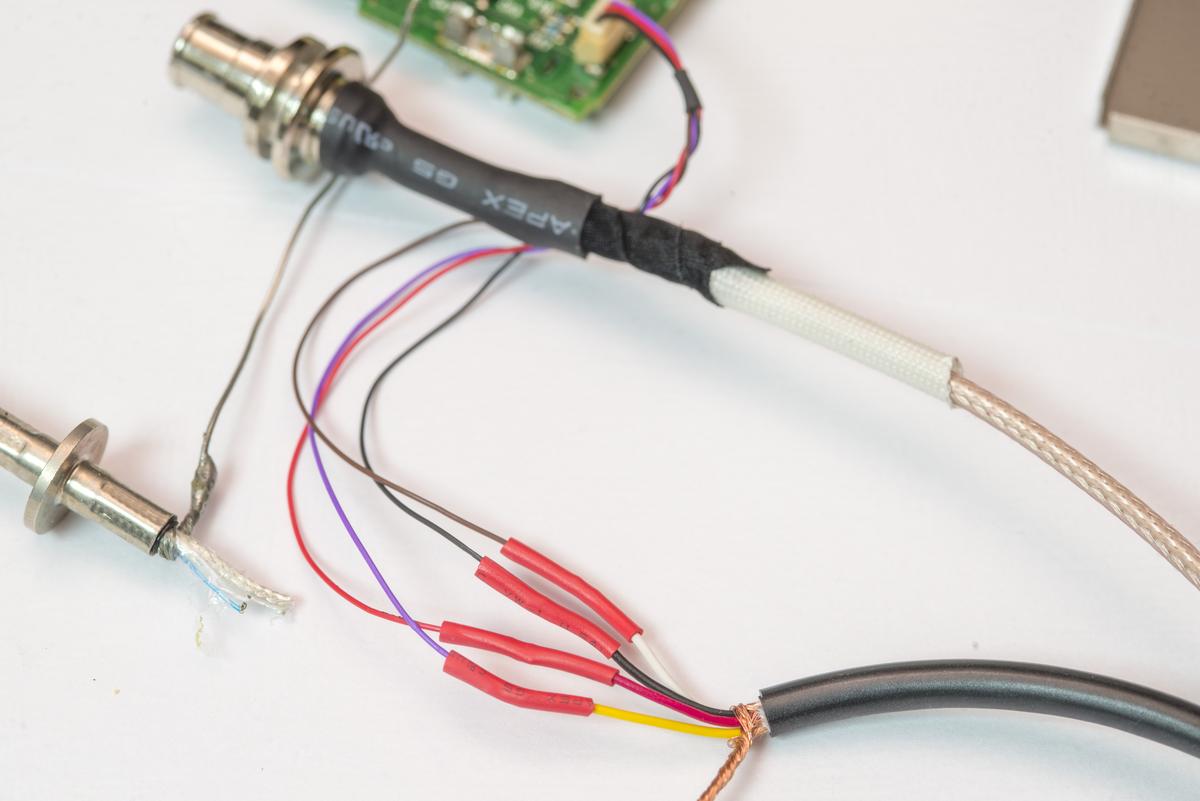 Probe ready for testing, without repairs at the input wires. 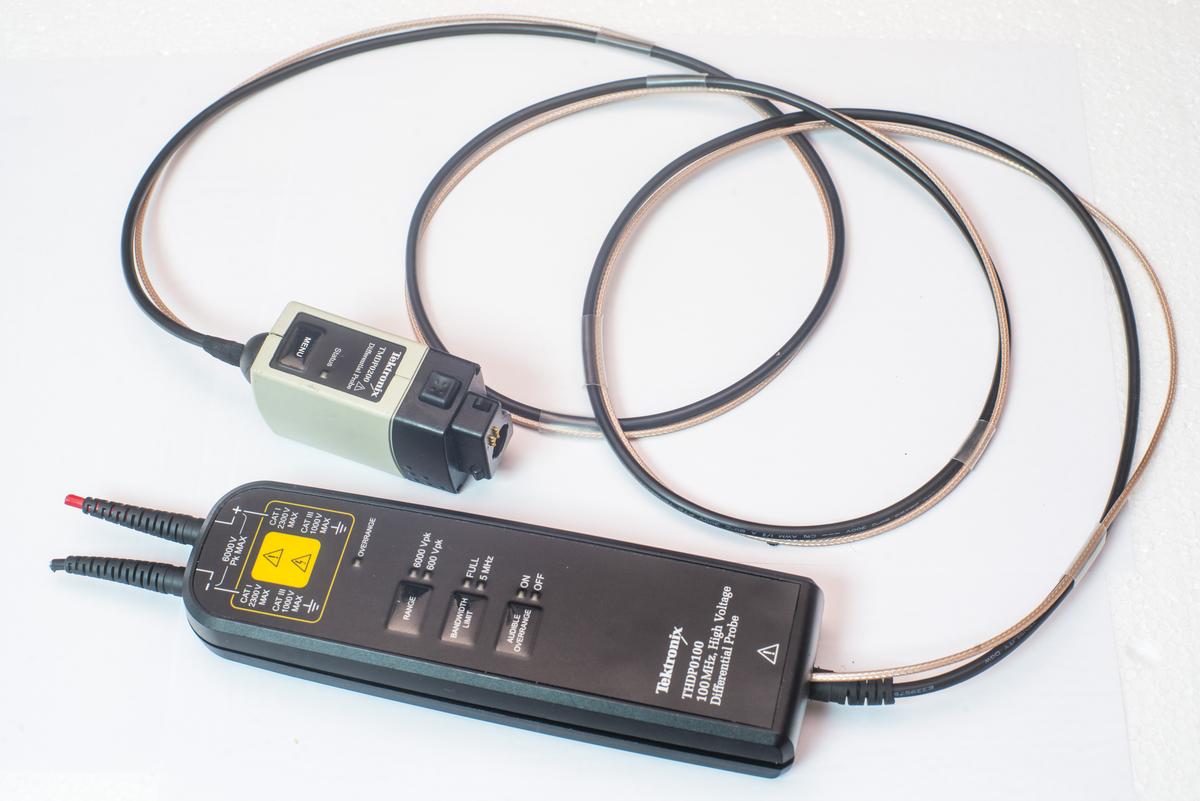 Without front bezel probe can be disassembled now. Remove black plastic cable stress relief cap and body covers out of the probe.

Programming header is located in center, connector designator is J3. It is Molex Picoblade type. Instead of fiddling with connector and crimps, I have bought a piece of short 50mm Molex cable with these connectors from Digikey here 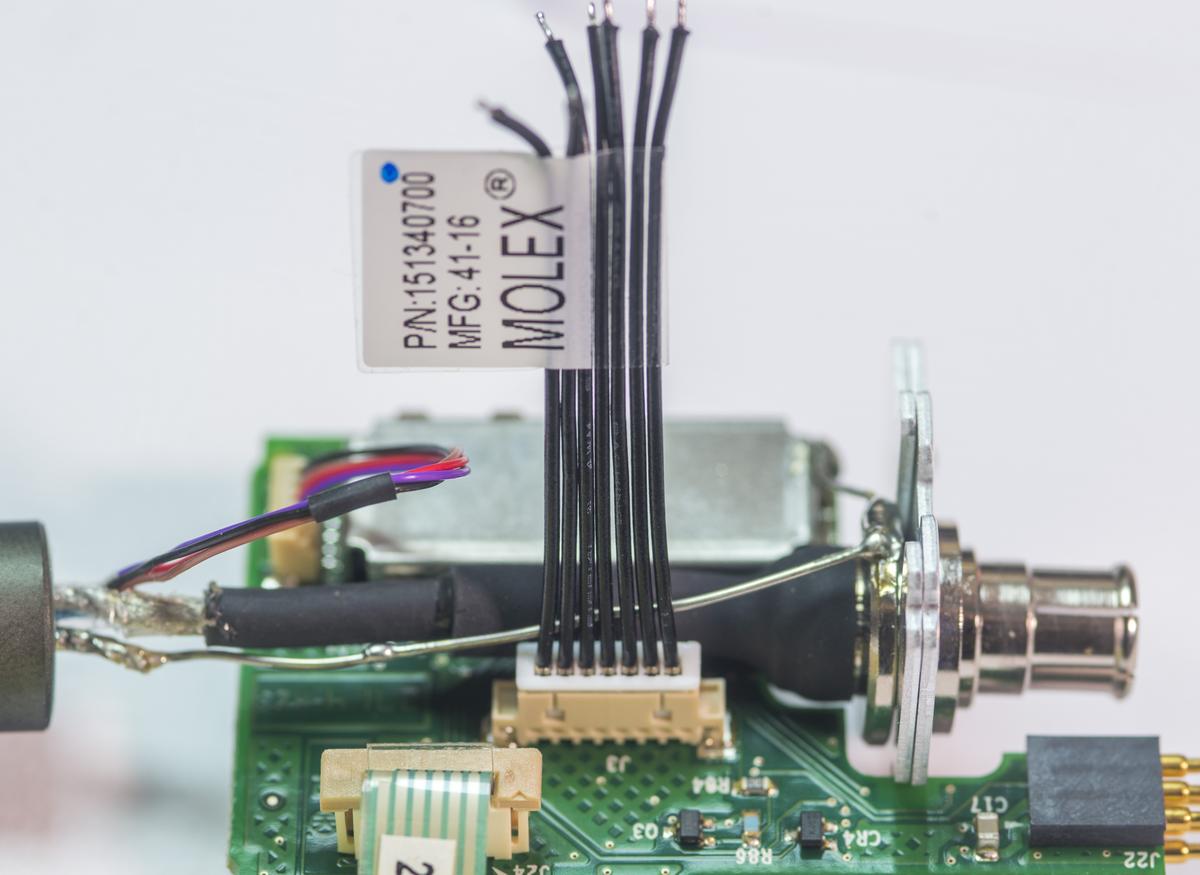 Cut cable in half and connect it to standard AVRISP mkII USB programmer for ATMEL microcontrollers. Pinout and wiring diagram generated below with aid of Python-based WireViz open-source harness tool.

Microcontroller on my probe was ATmega8 in QFN package, so by dumping firmware from good probe head I was able to restore my THDP0100 to proper operation.

Below are firmware files from TMDP0200 probe head (part that plugs into TekVPI scope interface with power regulators and ID). 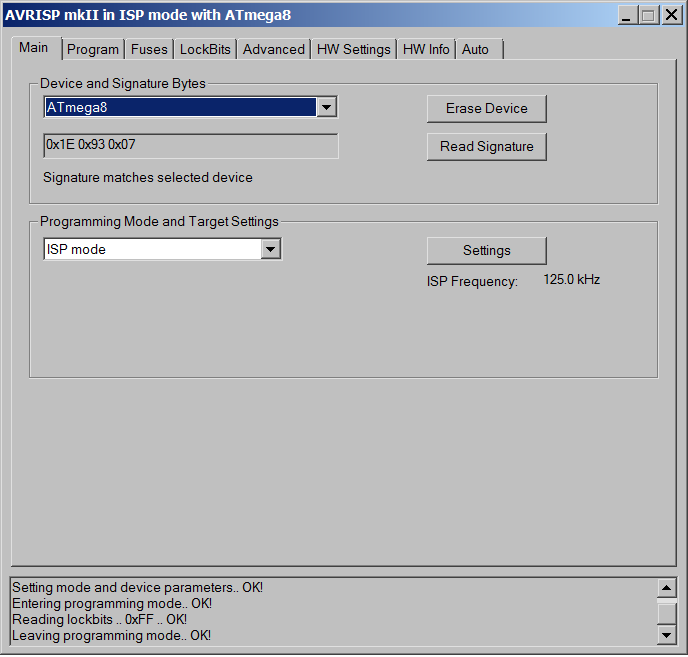 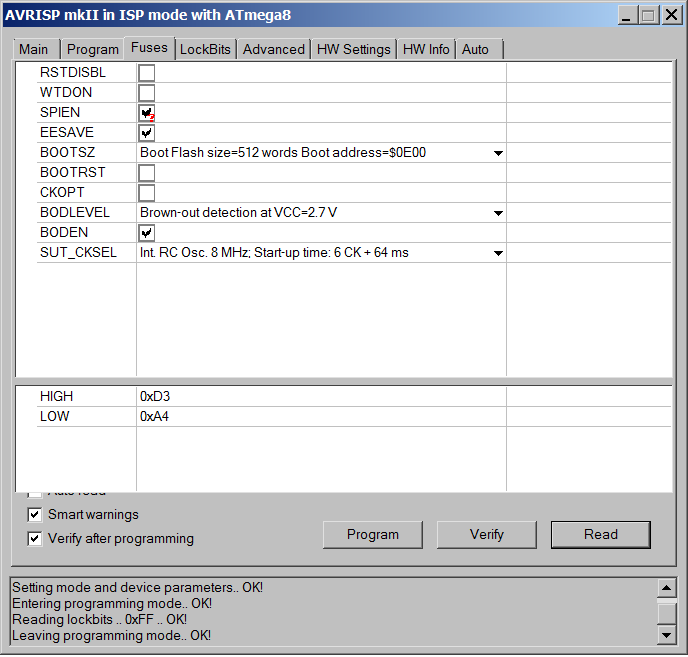 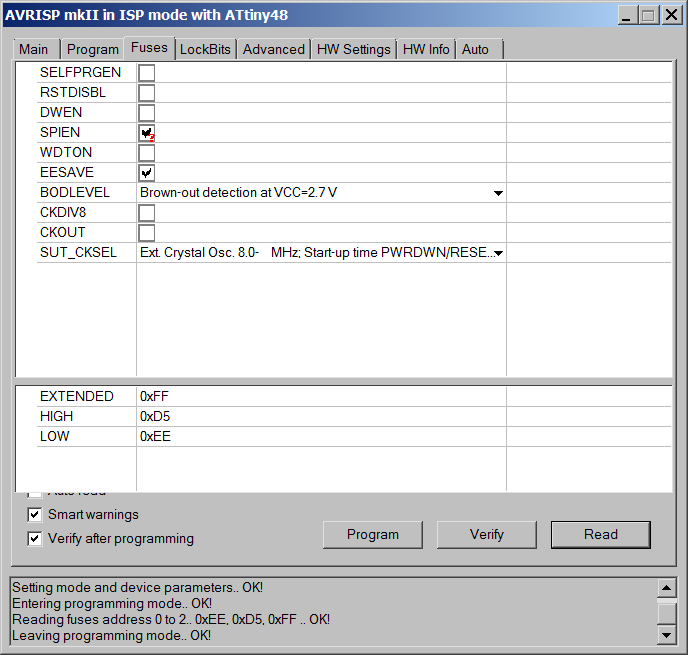 Perhaps it would be good idea to collect dumps from various Tektronix probes to aid other repairs in future. TheSignalPath also featured a teardown and quick repair of his THDP0200 probe in TNP #23 Episode. TSP probe had corrupt\incorrect EEPROM firmware in ATTiny48 microcontroller.