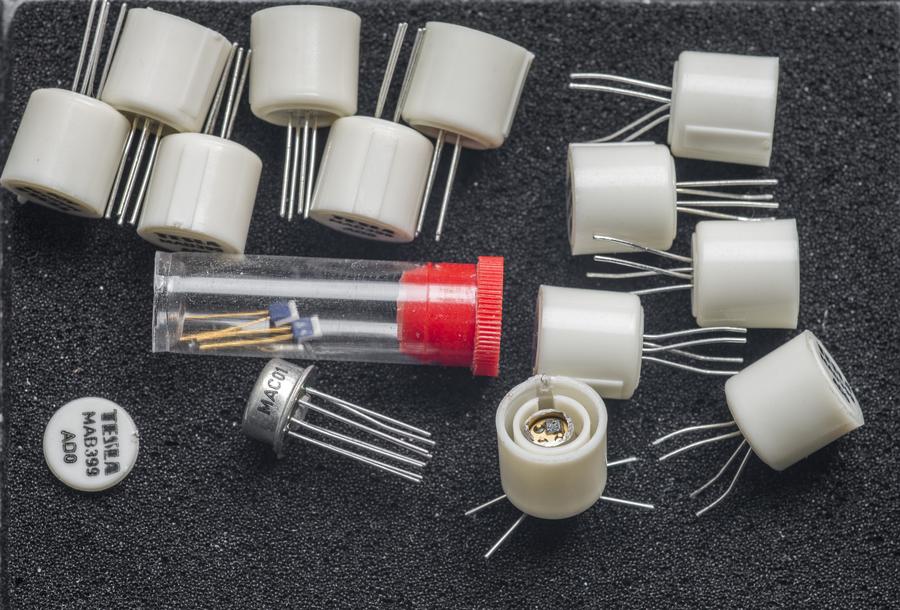 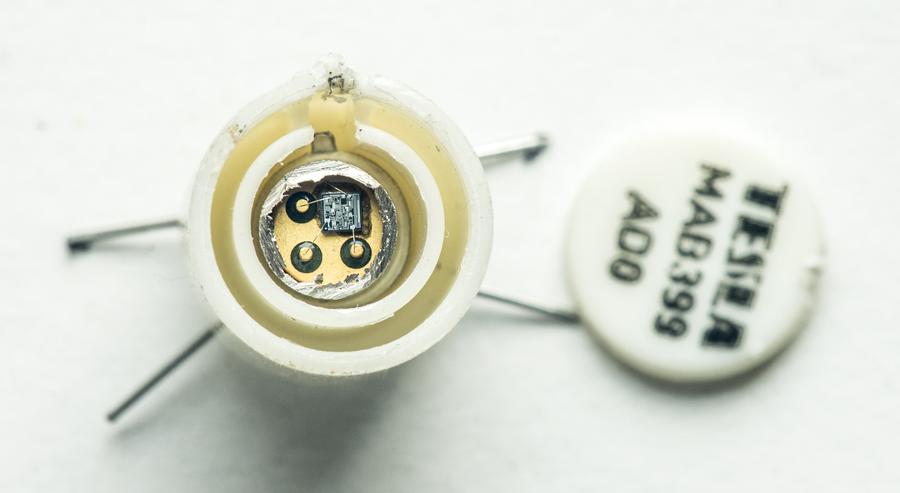 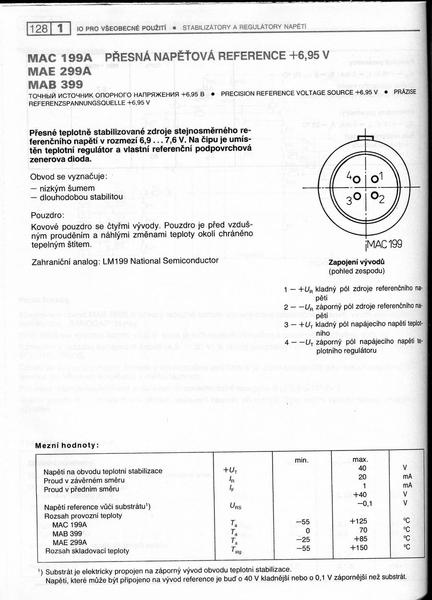 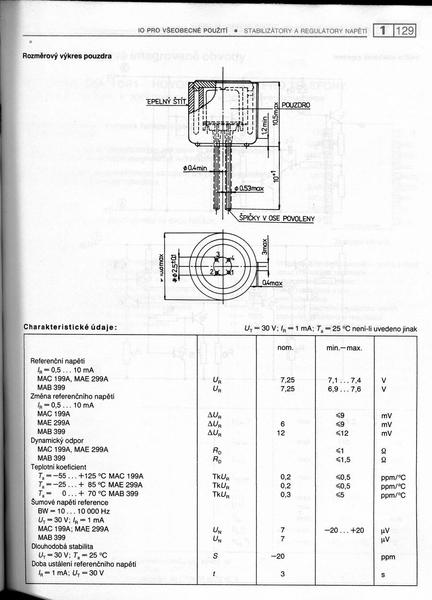 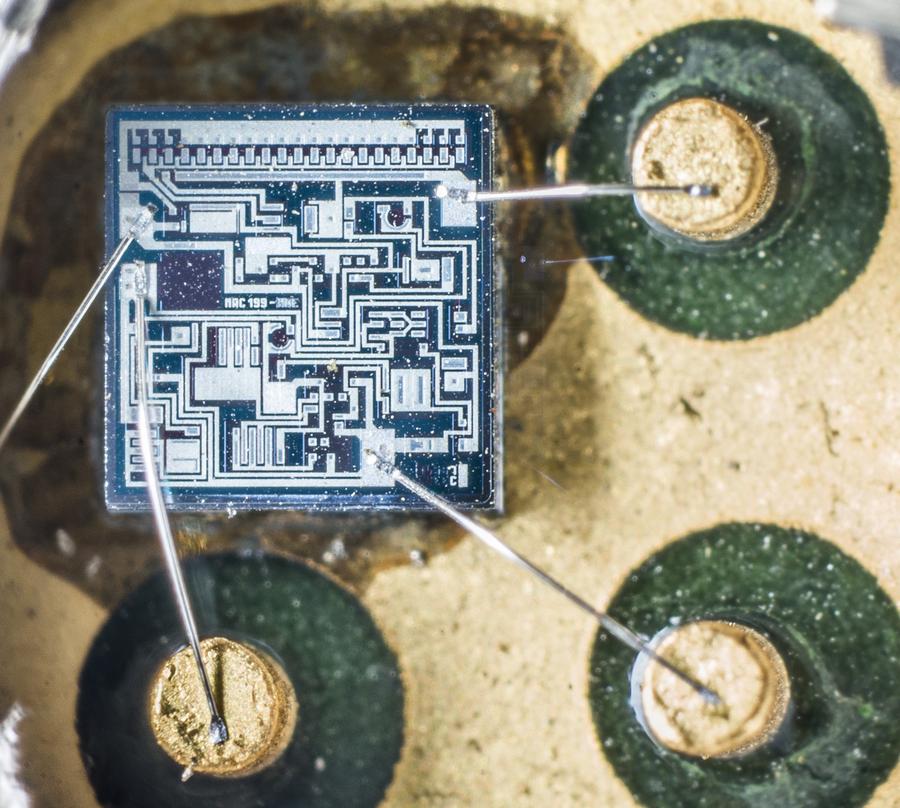 One of EEVBlog members, Gyro, provided photo of LM399 die in this thread, so we can compare both. They are very similar, but not exact clone. 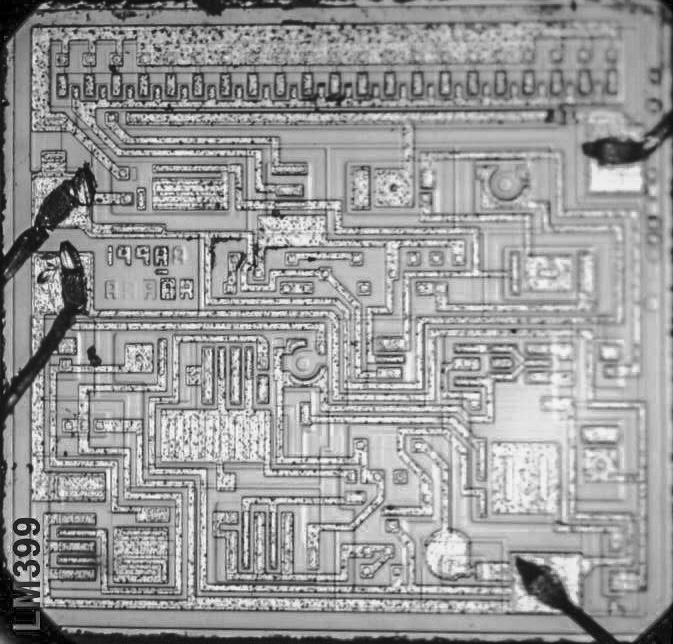 These references were produced by Tesla, a national semiconductor and electronics manufacturer in former Czechoslovakia, Roznov pod Radhostem (It was a company with very long history – established in 1946). Unfortunately, MAC199/MAB399 production didn’t last for long – probably only a couple of years around 1989, then an economic collapse came to Eastern Europe (triggered by collapse of USSR).

Back to references: I have several pieces of MAC199/MAB399 and there is a difference: MAC199 got a little bit better care since it has gold plated legs. 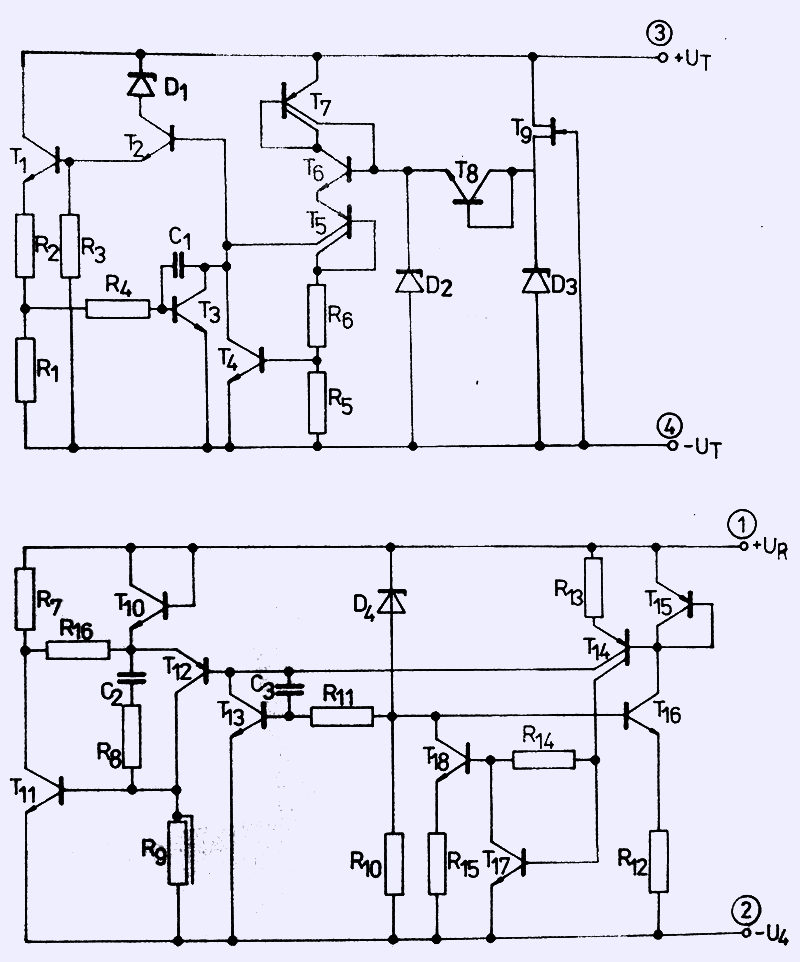 For comparison, schematics of LM199/399 from Linear datasheet: 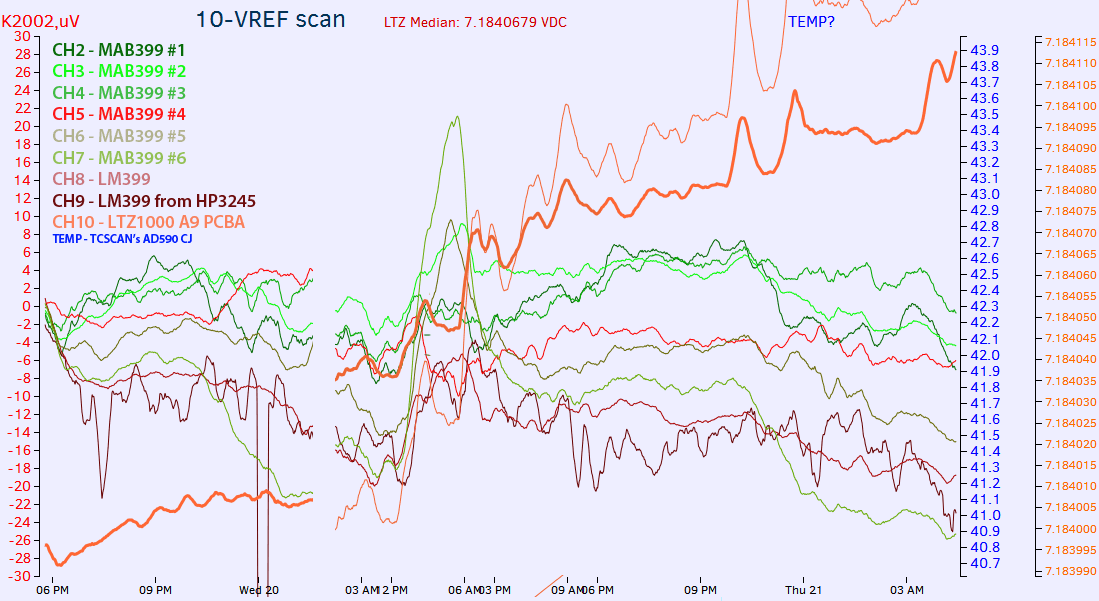 As code fragment above shows, data is normalized using simple subtract math with reading at 21/04/2016-06:19:26, to show offsets of each reference output in microvolts scale.