Smaller DUT thermal chamber that we build before works great for component level thermal stability evaluations, but not helpful if device size is larger or have active dissipation, such as voltage reference assembly or low resistance standards that may dissipate significant power under test. To address these aspects we need larger chamber with forced airflow to reduce gradients and mix air for uniform thermal performance. 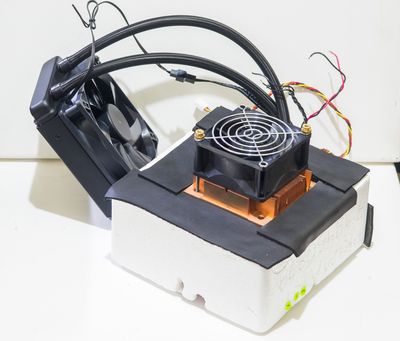 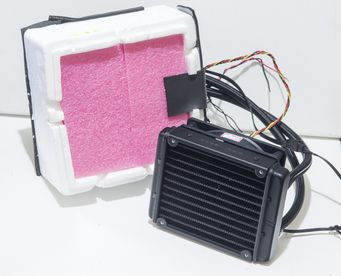 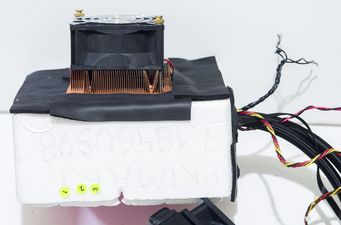 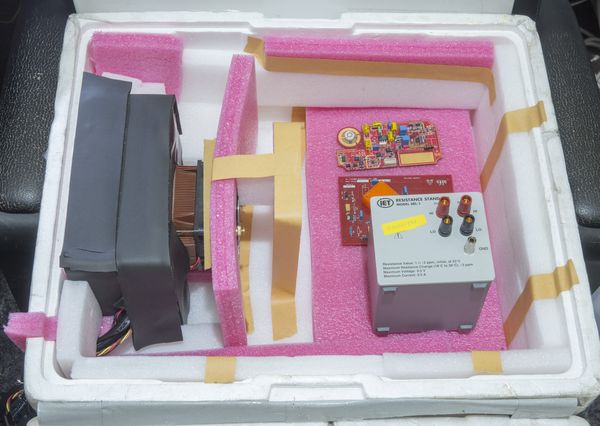 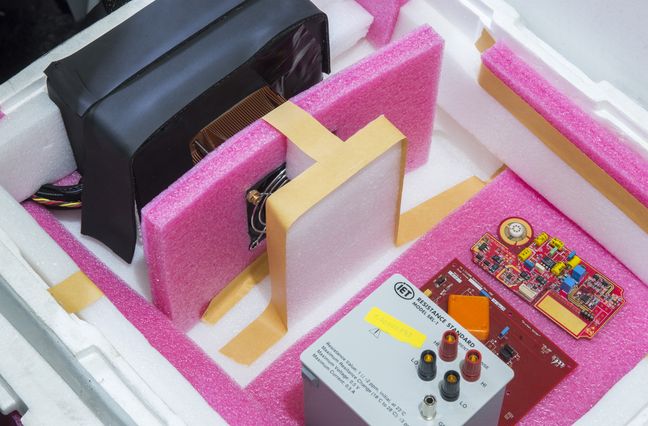 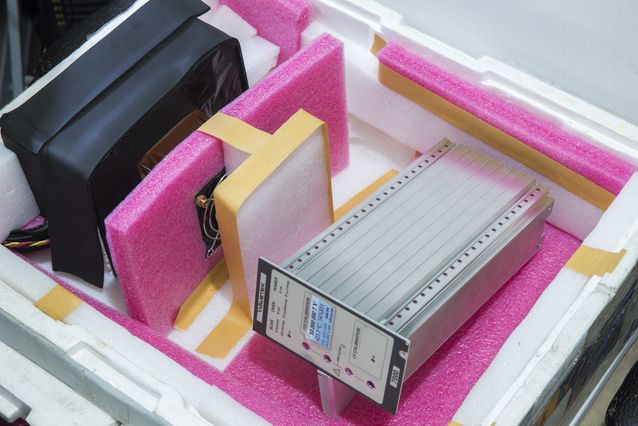 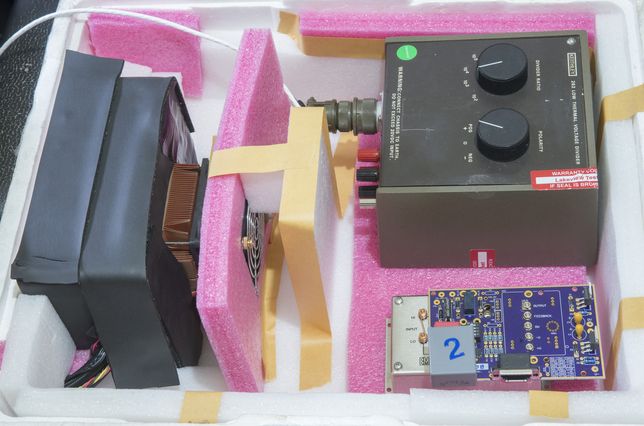 Use case and testing performance of various components 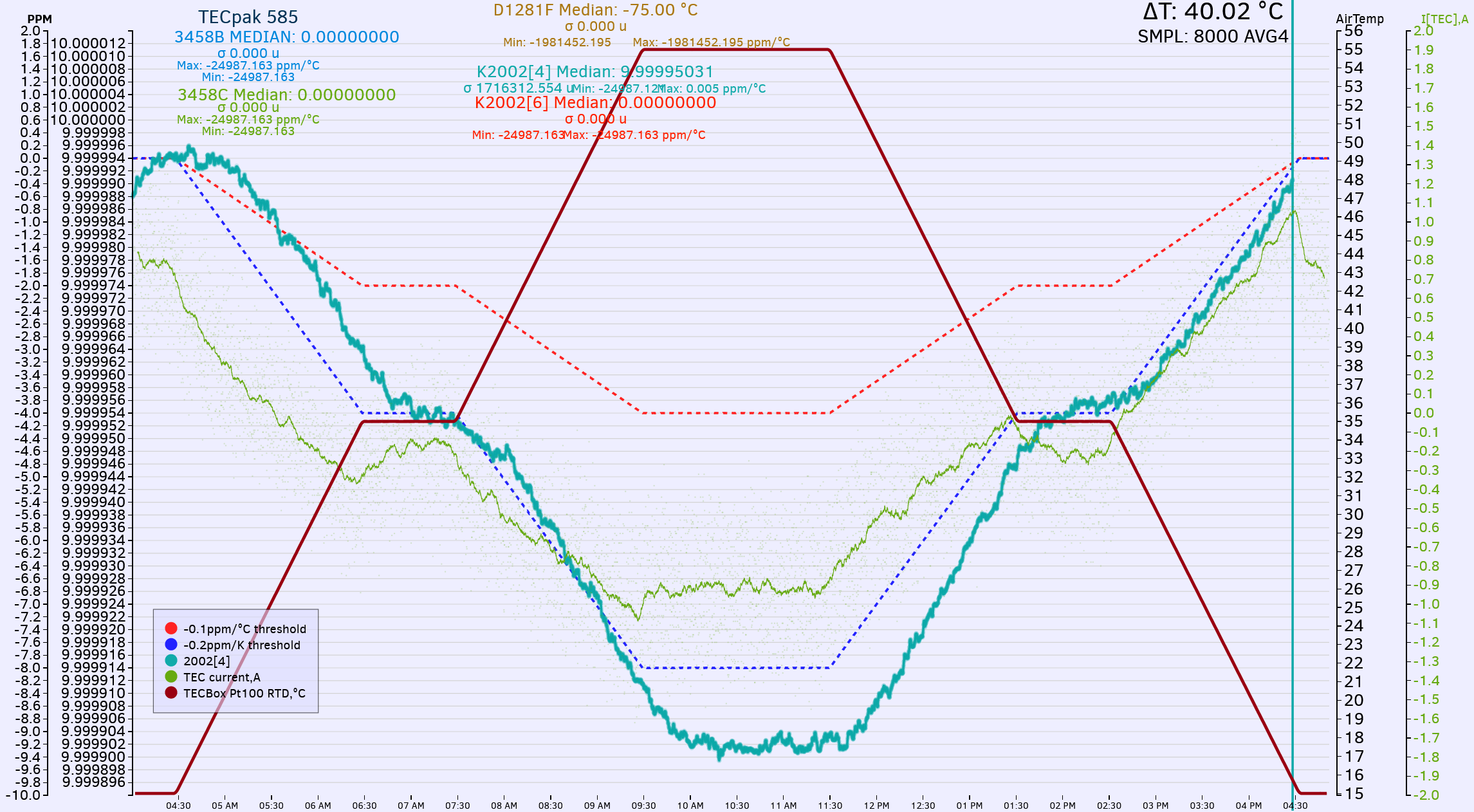 Changing temperature by 40 °C allow us to evaluate temperature coefficient (stability) of PDVS2 mini with good resolution and confidence. In this case voltage dropped from 9.999994 VDC to 9.999902 VDC. By using simple box math, we can easily determine TC of the output:

Ramp was performed in both directions to test hysteresis effects, and data converged nicely to same values. Big drop (vertical line at 4:30 by the end of the test) is result of battery inside PDVS2 mini running out of juice.

Overall time for this ramp was 12 hours, with ramp speeds 0.125 °C/minute. Now lets zoom in and look into middle step flat section: 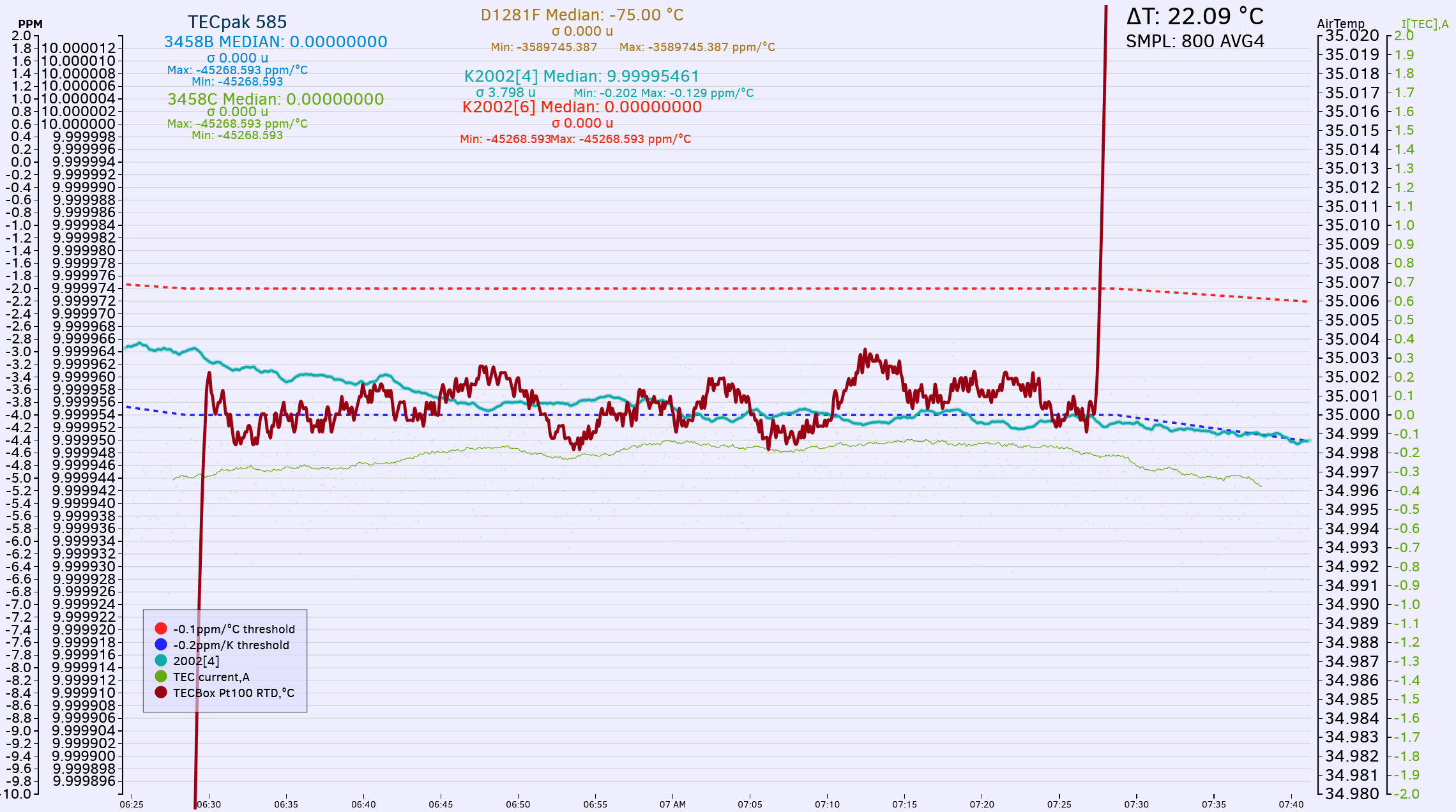 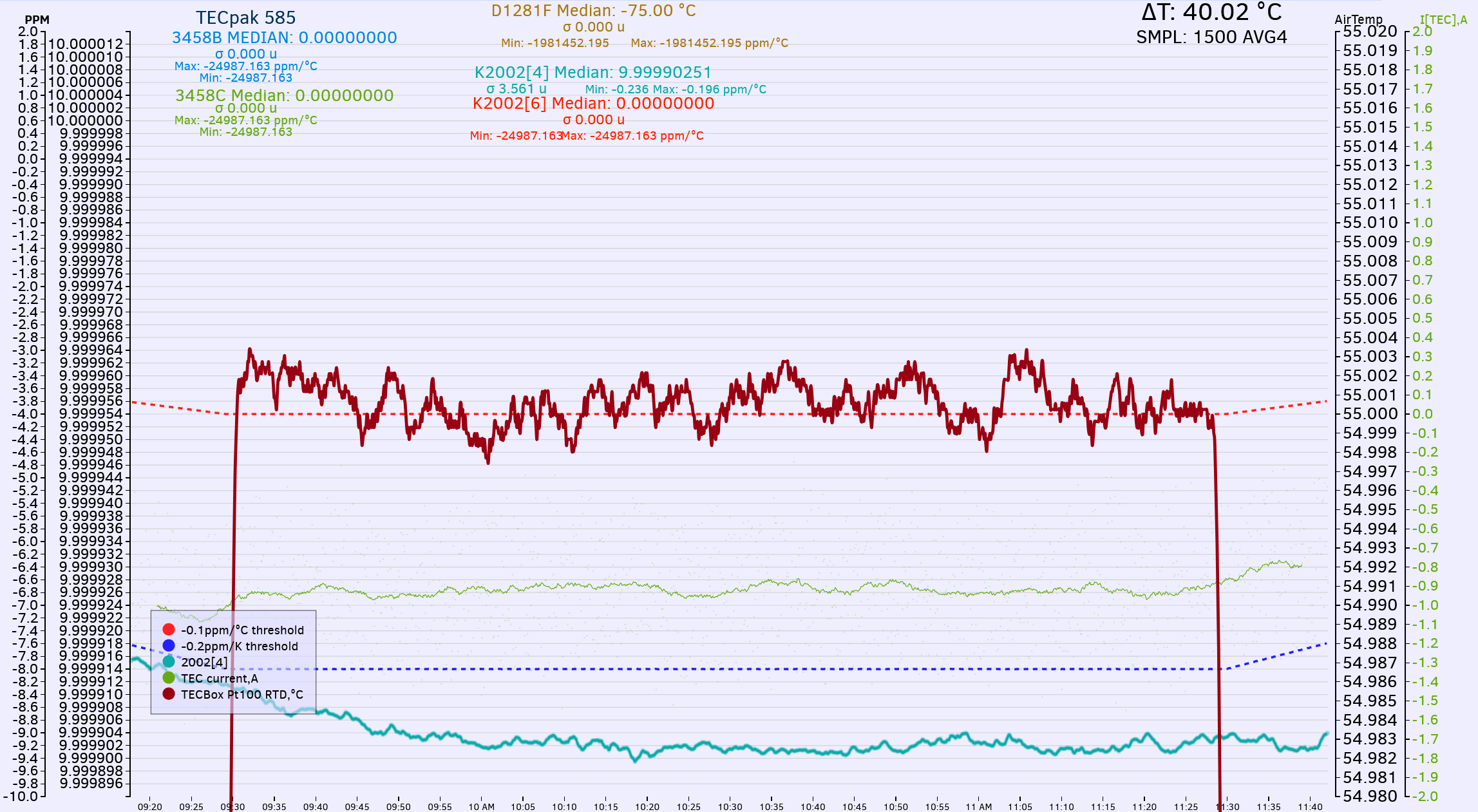 Opposite test with going sub-ambient temperatures, with ramp from +20 °C to +5 °C during 15 hour test. This time DUT was 40 kΩ resistor measured by same Keithley 2002. 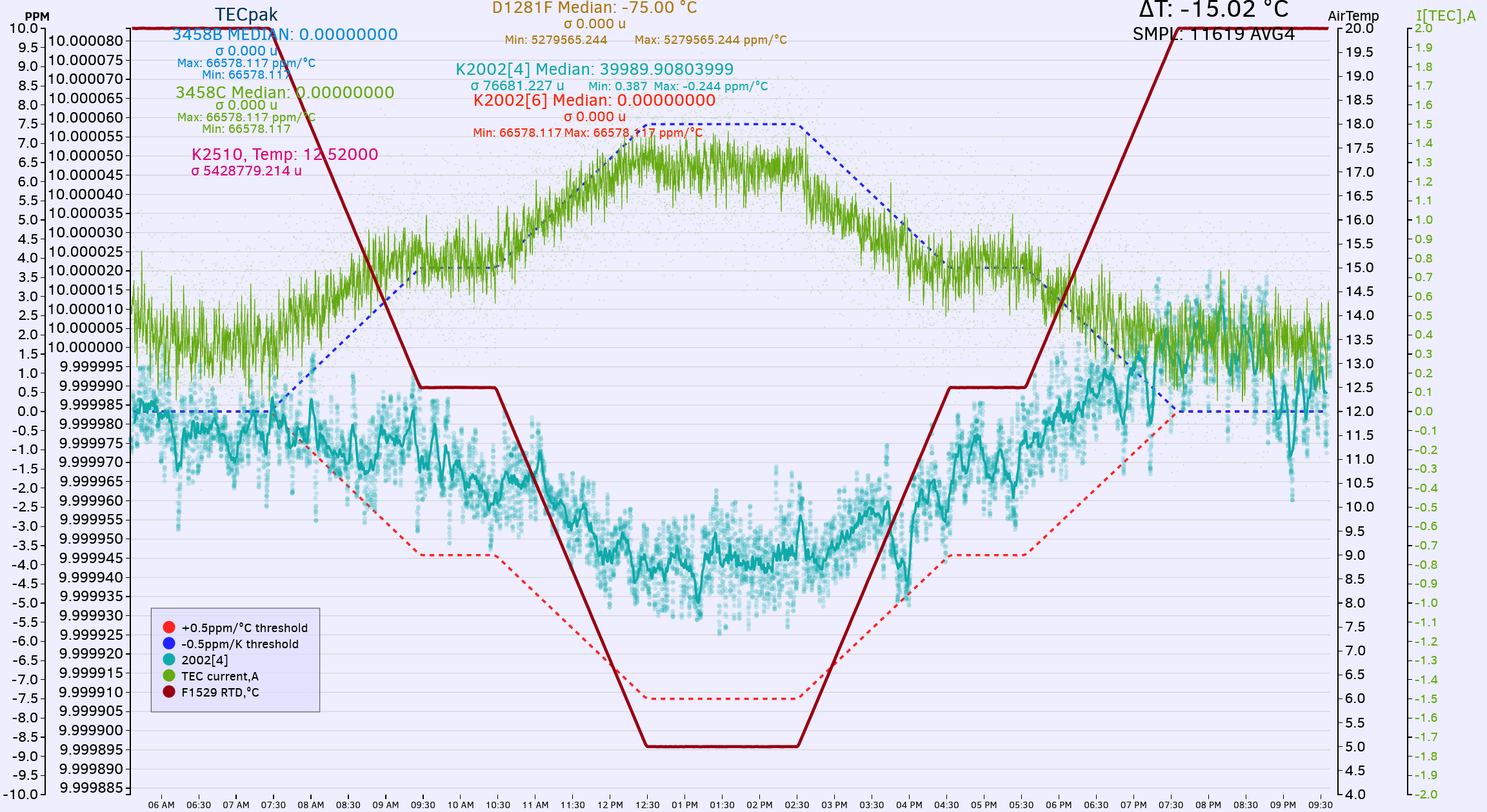