The Model 2304A PSU able to control both voltage and current, designed for automated testing of portable, battery-operated devices. They have high speed in the name because of specific design for handling fast substantial loads, which can cause large voltage drops on for very short time intervals on regular PSUs.

This family of power supplies also can sink current and, thus, take on the characteristics of a discharged, rechargeable battery for testing various chargers and charger-control circuitry. 2304A able to act as non-programmable DC current electronic load in this respect.
Because of their design, operating with large load change is possible, with recovering to within 100 mV of the original voltage in very short time, 40µs or less.

Tektronix still have Model 2304A listed on their site shop for MSRP 2880 $USD, even though they have newer Model 2281S with similar target application. 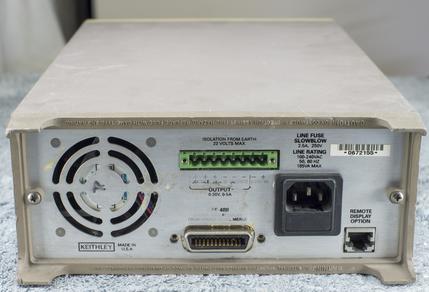 Output is available only at rear terminal block connector with 8 positions with 5.08mm pitch. Mating receptacle can be bought from retailers, such as Digikey 609-4225-ND. There are many different type connectors, with various wire connection locks, so you can choose suitable for your needs with ease.

Integration multi-slope ADC is located right behind them, made by using of U118 SD5400CY matched quad MOSFET switch, few op-amps (AD744, OP177, LT1124) and infamous TF-245 resistor network. Main reference is zener diode VR101 (?). Integration counts are processed by 2000-802A02 ASIC, same one used in Keithley 2000/2400 series instruments. This is common approach to reuse existing building blocks in multiple designs to save overall design cost and time on debug.

There are few UC3824 High-speed PWM controllers located on top right edge of the digital board. 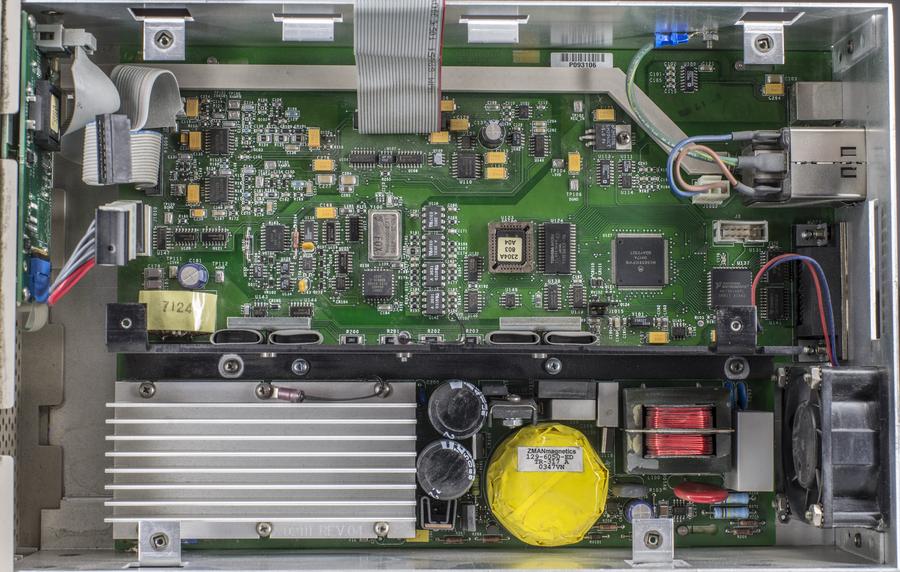 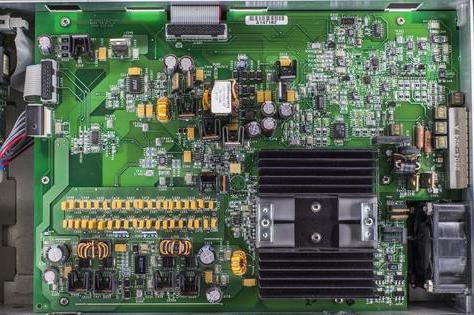 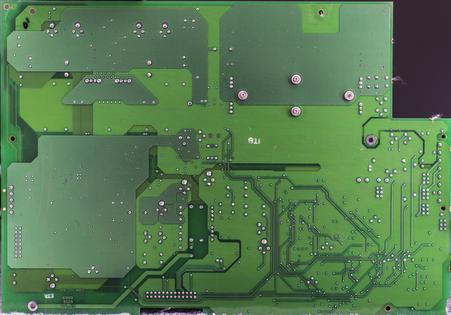 Much more going on this PCBA, located just above the digital board and PSU.

We can see here UC3825 PWM controller again, ZMANmagnetics custom made transformer with Keithley’s part number TR-314A, array of 100V electrolytic capacitors. To the right of this converter many analog parts are located, with array of opamps, AD744, AD823, LTC1151, switch DG444DY, LF353.

Main power converter is likely one located on bottom part of the board, Intersil HIP4081AIB. This is 80V/2.5A Peak, High Frequency Full Bridge FET Driver, capable of operation at 1MHz. Large array of ceramic capacitors placed just above it. 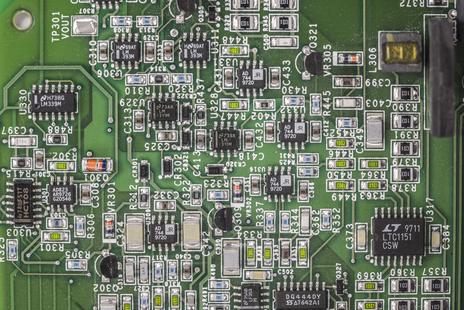 Bridge protection for shunts and some analog circuits. 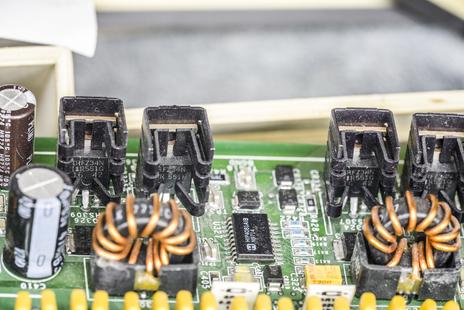 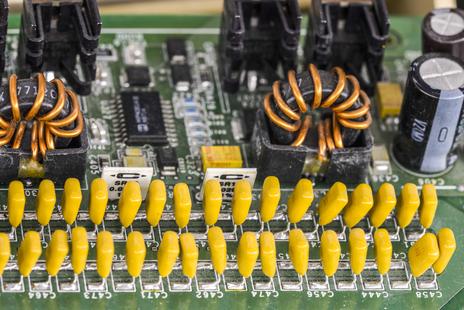 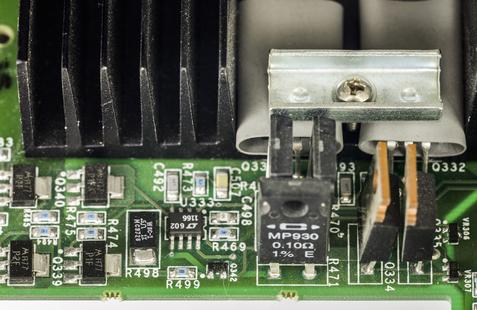 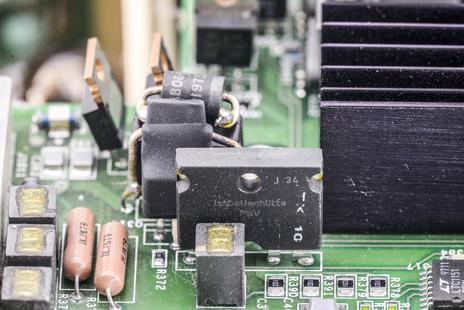 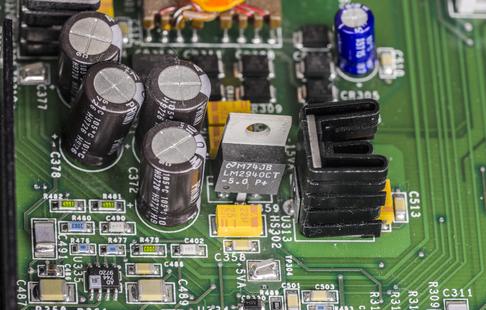 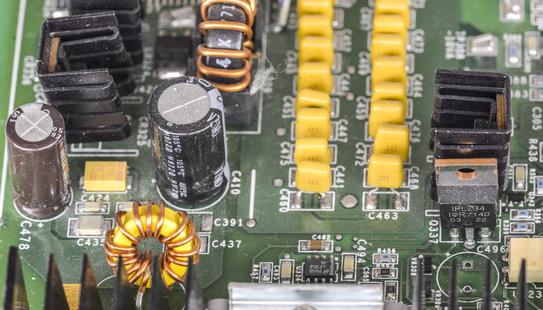 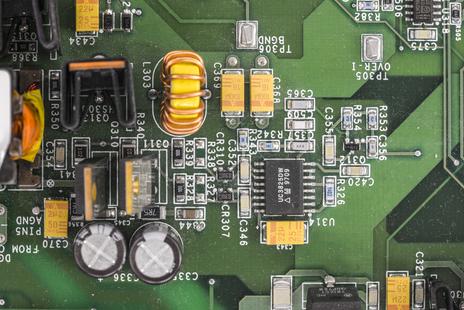 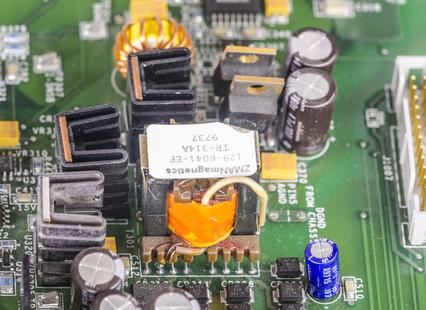 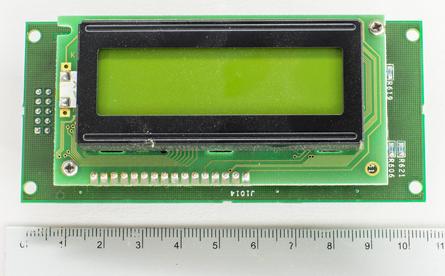 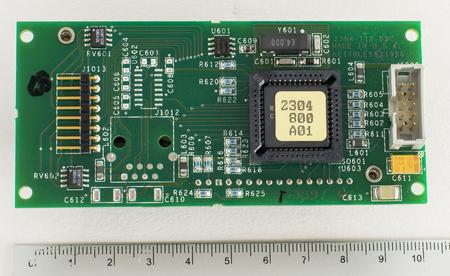 Display module have standard HD44780-compatible 16 × 2 character LCD mounted on custom Keithley’s controller board with 8051 MCU on it. There are also remote display/keypad modules, which plug into RJ45 on the unit’s back to duplicate operation. Could be handy for remote test systems, when PSU is part of bigger system and have no direct access to it.

There was not much to repair, as unit was actually functional upon arrival. No magic smoke or burnt parts were detected, output voltage was present and measured spot on with Agilent 34970A, just mere -76 ppm off on +5.000 VDC output and +130 ppm at +20.000 VDC output, which is well within Model 2304 specifications.

Recommended test equipment used for calibration this PSU is shown in Table 1-1 from Calibration manual: 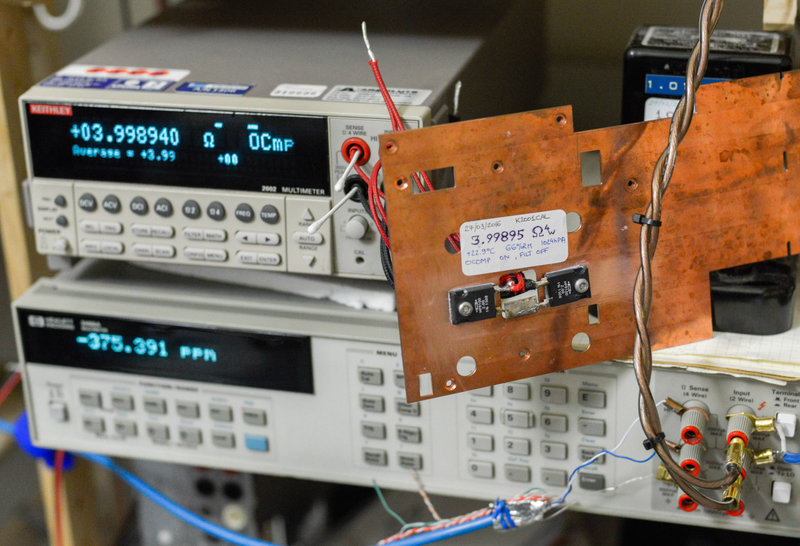 4KΩ resistors tested and assembled from set of 10:

It’s always worth to run performance test prior to any calibration, to check if unit is still working properly and perhaps meeting specifications.
Here is initial data I got by measuring PSU output in four-wire mode (sense and source from PSU connected at 3458A’s input terminals):

Calibration GPIB program for Keithley Model 2304A using HP 3458A

Voltage output performance validation test was performed prior to calibration.

Both output terminals and sense terminals of the PSU was connected to DMM HI/LO inputs for this test. As we can see, even received as is condition is very good and fits power supply specification ±0.05% + 10mV well with good margin.

The maximum common-mode voltage (voltage between LO and chassis ground) is 22VDC. Exceeding this value may cause a breakdown in insulation, creating a shock hazard.

Native LCD is barely visible at any angle except straight 90°, which limits usability of front panel, specially when PSU located on remote area of the bench. One of the easy and quick options for display upgrade are either OLED 16 × 2 or VFD replacement.

I decided to try my luck with OLED, Winstar WEH001602 , with blue color digits and standard HD44780 interface. This display can be bought from Adafruit directly as well. 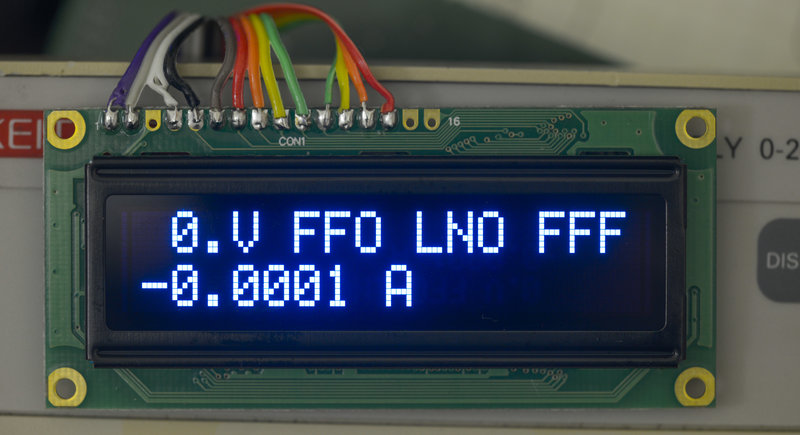 To my disappointment, this OLED did not work out, first line always shifting characters in random manner, so I resorted to second option , negative blue LCD with white backlight.

Total man-hours spent on this project around 10 hours, give or take few.

This instrument will be used in my daily lab operation for analog and digital designs.

And first application was reviving dead phone battery, which was accomplished without issues. 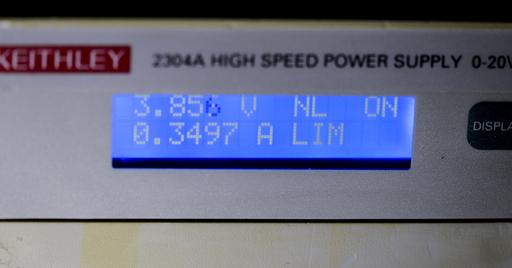 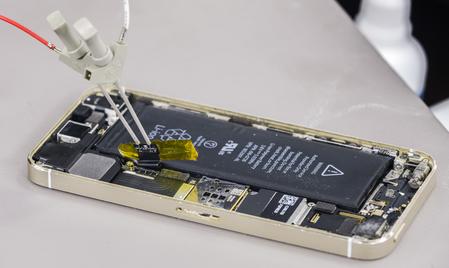