Just recently we got pair of standard resistors to evaluate and likely repair, manufactured by Guildline Instruments.

Guildline Instruments is known supplier of precision gear, such as resistance, temperature measurement/control instruments and resistance standards. They are one of few, who has been in instrumentation business from 60’s (i.e. since 1957) and has lot of knowledge in the field of electrical metrology.

Two units we will look at today are 9330 series resistors, designed for oil bath operation, with 100 Ω and 100 KΩ resistance values.

100 Ω resistor is functional and fine, while 100KΩ one reading is unstable, and jumps from 99.0K to 101.0K, randomly up and down. It’s obviously faulty and require repair. I’ll use this chance to tear unit apart and study internal construction, so we can see if it’s repairable. 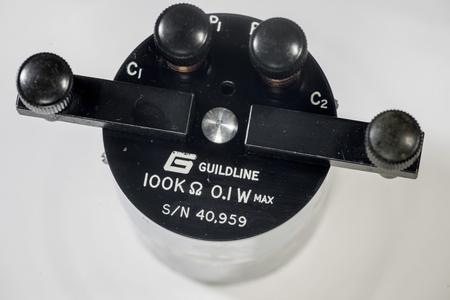 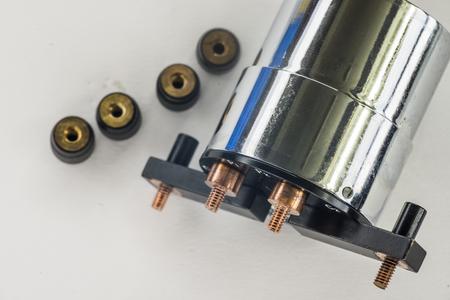 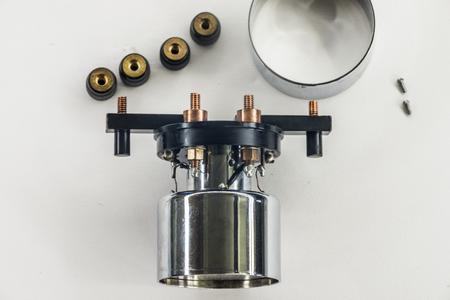 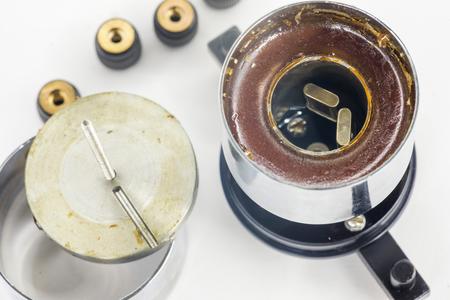 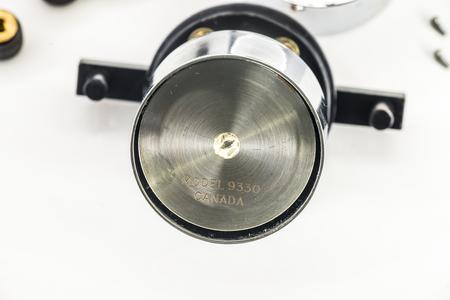 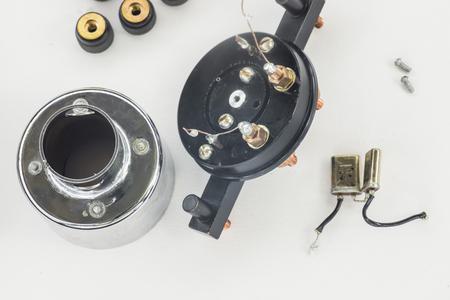 Bottom part is covered by cap with threaded stud and easily removable by removing epoxy and using flat-head screwdriver. This reveals two canned compensation resistors, hanging in the center of inner area.

These two resistors have handwritten marking 14572.1 and 4928.6, which is likely their resistance value. 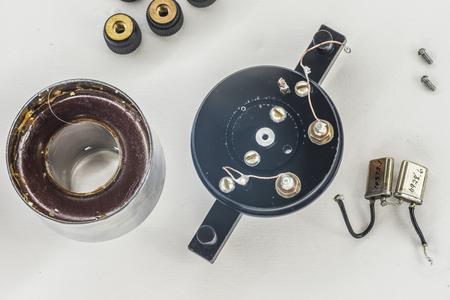 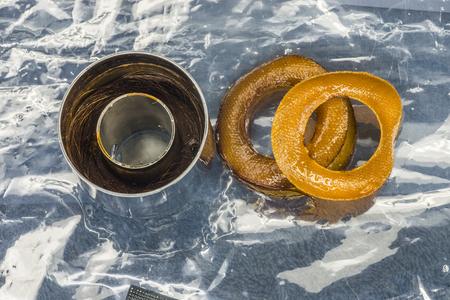 At first glance it look like hermetic epoxy seal, but it’s actually just a resin cap, with few oily sealant o-rings. I think good unit have oil filled inside, with cap preventing it leaking out, but on our broken resistor there was no oil left, only minor residues. 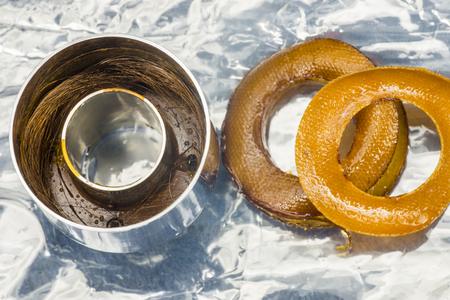 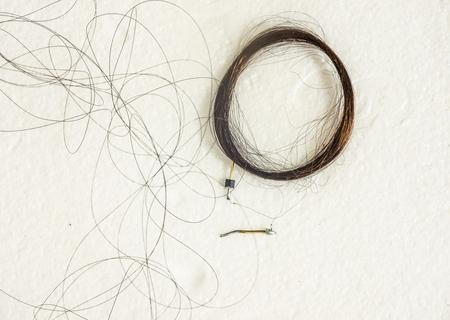 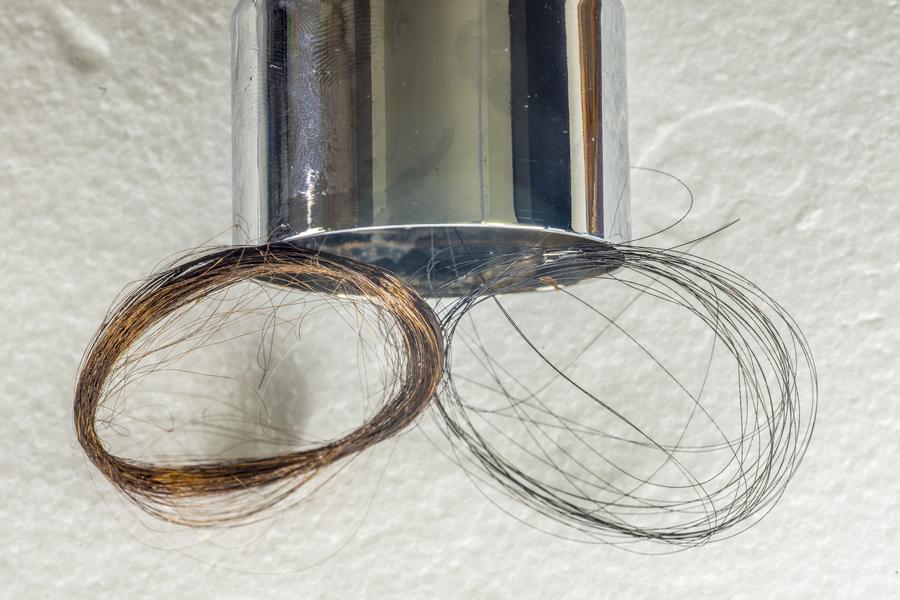 I did not expect to see resistance wire just a coil dumped in cavity. No support bobbin, no expected bifilar winding, and it’s not exactly hermetic either, as that resin ring seem not capable to provide hermetic-grade seal.

Schematics of resistor shown below: 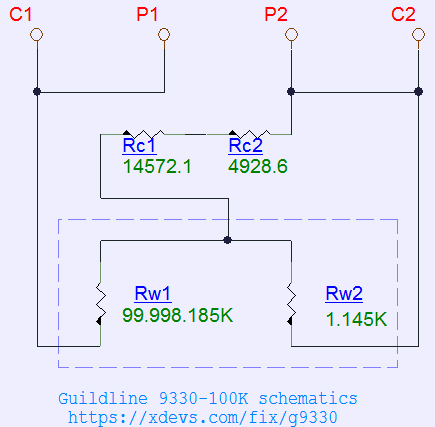 Testing and repair of 100 KΩ resistor

After alcohol bath and thorough cleaning of all parts, resistance values were measured, using HP 3458A in 4W-mode and NPLC200, with OCOMP enabled. I used copper twisted Cat6 cable for all connections.

Obviosuly, 99K element is broken, not stable. Not much we can do here but to replace resistance wire for 99K section, and retune other resistances to match for 100 KΩ. It sounds easy task, but I have no stock for Evanohm or Manganin wire to do so.

Instead of this, I used Guildline 9330 frame and installed Vishay PG foil 10 KΩ resistor instead, to make it rugged 10 KΩ resistor standard. It’s suitable for calibration purposes for 3458A’s, which require 10KΩ standard for external cal.